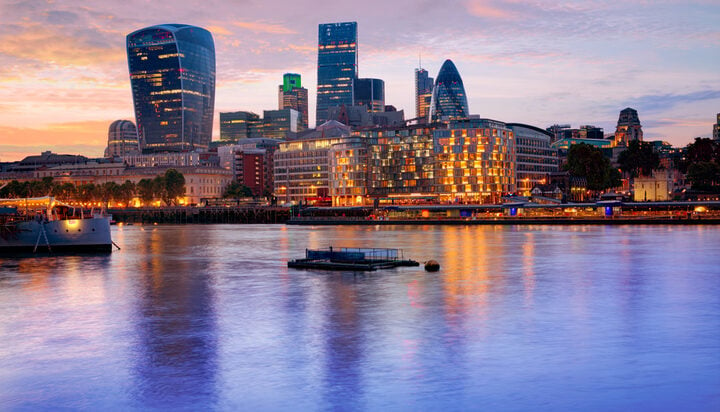 What if London’s Square Mile was built on a massive natural underground heat pump? A new £4 million project could turn this idea into reality.

The scheme will use boreholes to capture Earth’s warmth from more than 650 feet below the streets of the City and will recycle waste heat from power generation.

The system is forecast to provide heat for 2,300 homes and halve carbon dioxide emissions.

The heat pump will be powered by E.ON‘s Citigen combined heat and power plant and will take renewable heat from the Earth through three 200-metre boreholes under London streets.

That will be combined with recycled heat from the cooling towers.

That heat could then either be saved in the thermal store within the building for use in the future or pumped down into the boreholes for longer-term storage.

The project aims to provide zero carbon heating for buildings in the heart of London, contributing to the capital’s net zero ambitions.

“E.ON’s project is a commercial vote of confidence in heat networks and heat pumps, meaning homes and businesses across the City of London will benefit from clean heat and is another great example of how the pace of rolling out cutting-edge low-carbon technologies is being accelerated across the UK.”

“Part of that challenge means re-imagining how energy is provided to homes, businesses and cities. In taking the next step and installing heat pump and geothermal technology at Citigen we’re making a powerful statement of what can be done to reduce carbon usage on a large scale.”