Around 25% of US electricity in April was green

Wind and solar accounted for nearly 13.9% of the US electrical generation in the first quarter of the year, according to a new report 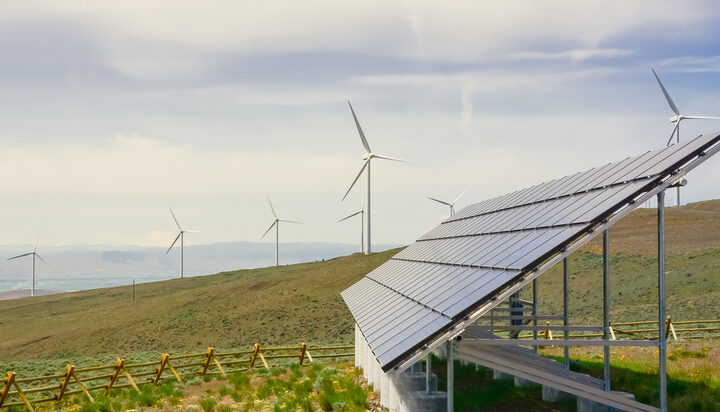 Nearly 25.7% of the total US electricity production in April, came from renewable energy sources, including solar, wind, geothermal, hydropower and biomass.

A SUN DAY Campaign analysis of new data released by the US Energy Information Administration suggests solar and wind output during the month was 29.9% and 22.1% greater respectively than a year earlier.

The report also reveals that for the first quarter of the year, solar and wind increased by 26.1% and 13.4% respectively.

Combined, they grew by 16.5% and accounted for almost 13.9% of US electrical generation.

Wind and solar combined also now provide more than three-fifths of the generation by renewable sources.

By comparison, coal generated 2.2% less electricity than renewables in the first four months of 2021.

Following a similar trend, electrical generation by natural gas during the first third of 2021 fell by 8.4% compared to the first four months of 2020.

SUN DAY Campaign’s Executive Director Ken Bossong said: “Reaching the Biden Administration’s clean energy goals is a major challenge but one that is within reach.

“EIA’s most recent data confirm that renewables have successfully provided more than a quarter of the nation’s electricity for at least one month and continue to show strong growth.”