The construction of the 1.5GW Hollandse Kust Zuid offshore wind farm has started with the transportation of its monopile foundations 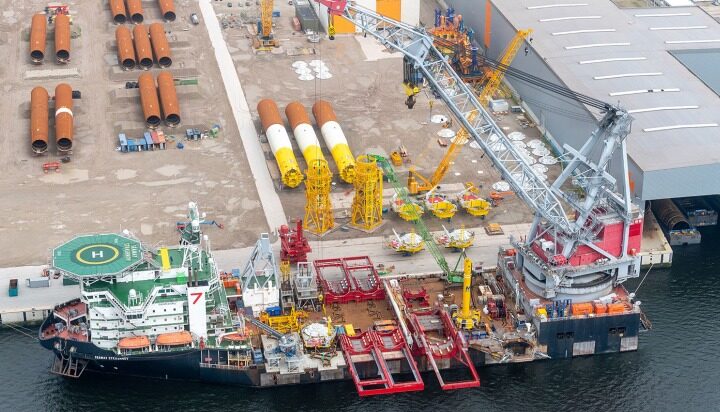 The first vessel transporting monopile foundations, weighing up to 955 tonnes each, has departed for the construction site of what is claimed to become the world’s largest offshore wind farm.

Once commissioned in 2023, the 140-turbine project is predicted to produce enough energy to power two million homes.

The plan is to install dozens of foundations during the next few months, while during winter there will be a break due to poor weather conditions in the area.

The first turbines are currently scheduled to be commissioned in the spring of 2022, with all turbines expected online by the summer of 2023.

Martijn Hagens, Chief Executive Officer of Vattenfall Netherlands, said: “With the construction of the first subsidy-free offshore wind farm in the world we are starting a new chapter, demonstrating that this market is becoming mature.”

Two weeks ago, Vattenfall announced it sold a 49.5% share of the project to the chemicals giant BASF.