England face Italy in their first final since 1966 – how do the countries compare off the pitch? 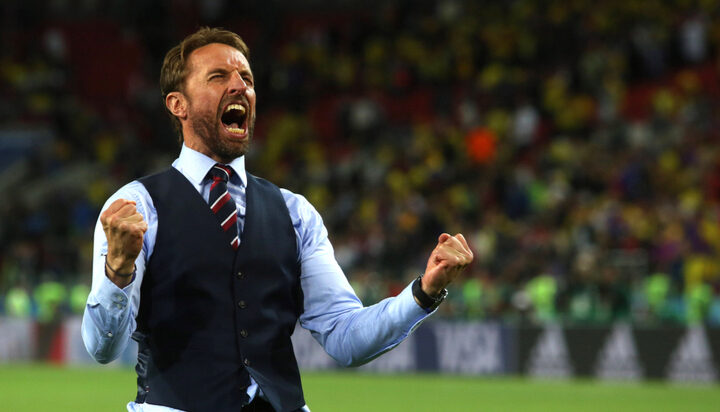 Gareth Southgate and his men have one last hurdle to overcome to bring the UEFA EURO 2020 trophy home.

Standing in the way of victory is the Italian national team that have boasted some fantastic performances so far in the competition.

An Italy and England clash evokes memories of Paul Gascoigne’s tears and another ‘what if’ tournament in the Italia ’90 World Cup. Much has changed since then, not only in footballing terms but also in energy and environment – how do the two nations fare against one another in terms of energy policy?

Italy has placed climate and energy at the heart of its political agenda.

It has experienced vast growth in renewable energy, which it hopes will provide 30% of total energy consumption and 55% of its electricity generation by 2030. In 2019, up to one-third of its net energy production came from renewables.

Energy efficiency has improved drastically since the last time the country held the World Cup in 1990, with the Italian National Agency for New Technologies, Energy and Sustainable Economic Development (ENEA) revealing a 10.4% improvement to 2009.

In terms of incentivising the public to adopt electric vehicles (EVs), Italy launched a €420 million (£361m) scheme this year; providing grants and tax reductions of up to 50% for the purchase and installation of chargers.

An issue with Italian policy, however, is due to its rejection of nuclear power, the country has shifted to gas; it now uses more gas than any other European country.

England and Italy may be opponents on the pitch this Sunday but they have worked alongside one another for the organisation of COP26, with Italy hosting the ‘pre-COP’ event ‘Youth4Climate’ in Milan this September.

Although England faces Italy in the final, for the benefit of this battle the other home nations join them as the United Kingdom.

The UK has positioned itself as a global leader in decarbonisation, setting a goal to reach net zero emissions by 2050 and to slash greenhouse gas emissions by at least 68% by 2030 from 1990 levels.

The Ten Point Plan, published last November, will provide £12 billion of government investment, with potentially three times as much from the private sector, to create up to 250,000 green jobs and help the UK achieve net zero.

The UK aims to quadruple offshore wind capacity to 40GW so it can power every home in the country by 2030.

It also looks to spend up to £500 million on generating 5GW of low carbon hydrogen production capacity, as well as a further £525 million to advance large scale nuclear – an area Italy is decommissioning.

The UK has dedicated £1.3 billion to accelerate the rollout of EV charging points and pledged to provide more than £500 million in grants to incentivise people to buy zero and ultra-low emission vehicles.

It has targeted removing 10MT of carbon dioxide by 2030, increasing its research and development of carbon capture technologies.

Although the ten point plan has had a welcoming response, some say the targets could be difficult to achieve given the lack of infrastructure currently in place.

When it comes to carbon emissions, there is not much to separate the two sides.

Although Italy has increased its use of natural gas, it made up 158MT of carbon emissions in the UK in 2018. Again in 2018, the carbon emissions produced by oil in the UK were higher than in Italy, at a level of 158MT. Italy just edges the UK for emissions from coal, with the UK emitting 31MT from coal in 2018, a dramatic decrease from the 247MT it was producing in 1990.

The government also announced that from October 2024, the UK will no longer use coal to generate electricity.

In conclusion, despite England arguably having a more stringent plan for clean energy across the coming decades, its carbon emissions across the board are slightly higher than Italy. Both countries have climate change and a green future at the heart of their policy but it proves a tough one to call who will come out on top by 2050.

Similarly to Sunday’s final, it could go either way…