New research has shown that Earth faced extreme climate change some 300,000 years ago 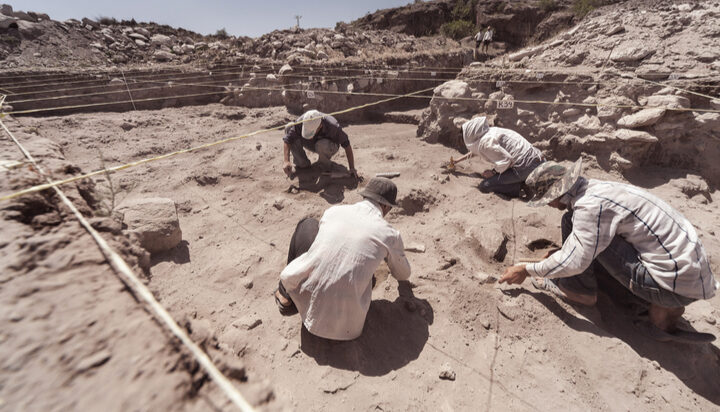 An ancient eggshell is evidence that extreme climate change is not a new phenomenon and was faced by humankind thousands of years ago.

That is according to new research by the University of Exeter, revealing that parts of South Africa that are dry and sparsely populated today were wetlands and grasslands some 300,000 years ago.

The research was conducted by Philip Kiberd and Dr Alex Pryor who examined isotopes and amino acids from ostrich eggshell fragments found at a site in the Northern cape; dating back to a time in history that the first genetic signatures of Homo sapiens appeared.

The analysis of the eggshell has led to the researchers’ conclusion that extreme climate change occurred around 200,000 years ago, which led to the turnover and evolution of species, including humans.

The eggshell can provide an insight into the diet of ostriches during the time, which in turn provides knowledge on what the climate and environment in the area would have been.

Philip Kiberd, who led the study, said: “This part of South Africa is now extremely arid but thousands of years ago it would have been Eden-like landscape with lakes and rivers and abundant species of flora and fauna.

“Our analysis of the ostrich eggshell helps us to better understand the environments in which our ancestors were evolving and provides an important context in which to interpret the behaviours and adaptations of people in the past and how this ultimately led to the evolution of our species”.