Fuel of the future? UK’s first hydrogen-powered homes open to the public

People will be able to interact with a range of hydrogen-fed appliances such as hobs, cookers, boilers and a barbecue 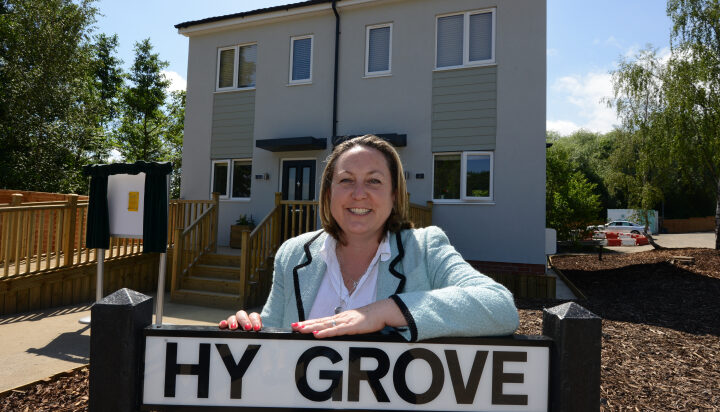 The UK’s first homes with household appliances that are powered entirely using hydrogen rather than fossil fuel gas have officially been opened by Energy and Climate Change Minister Anne-Marie Trevelyan.

Located at Northern Gas Networks’ (NGN) innovation site in Low Thornley, Gateshead, the two semi-detached homes have been built to provide the public with the opportunity to experience a zero-emission hydrogen gas-fuelled “home of the future”.

They will be able to interact with a range of hydrogen-fed appliances such as hobs, cookers, boilers, fires and a barbecue, which will be rotated so different manufacturers will be able to showcase their innovations and get feedback from users.

The homes have been built in partnership between gas distributors Cadent and NGN and the government’s Department for Business, Energy and Industrial Strategy (BEIS).

According to the developers, the hydrogen homes will have a three-year lifespan – but potentially longer of up to 10 years.

They are not intended to be habitual but to showcase the use of hydrogen-fuelled applications in a real-world domestic setting.

Hydrogen is expected to play a vital role in achieving the government’s commitment of eliminating the UK’s contribution to climate change by 2050, with the industry creating up to 8,000 jobs by 2030 and potentially unlocking up to 100,000 jobs by 2050.

The minister said: “Heating in buildings forms a significant part of the UK’s carbon footprint. In order to tackle climate change, changing the way people power their homes, from cooking, heating and running a bath, while making sure consumers pay a fair price, is critical so that the UK moves away from using fossil fuels and cuts its emissions.

“It was a privilege to officially open these new homes in Gateshead. While they look like any other house, this innovative project offers an opportunity for the public to experience hydrogen technology in a real-world setting, opening a window to what the future could hold as we build back greener.”