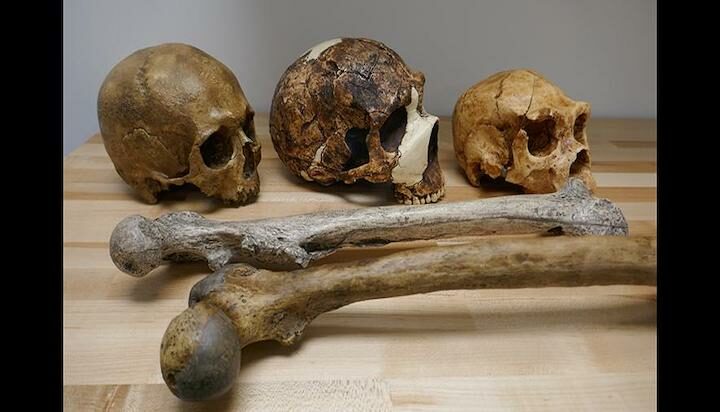 The average body size of humans has fluctuated “significantly” over the last million years and is “strongly linked” to climate.

That’s according to an interdisciplinary team of researchers, led by the Universities of Cambridge, UK and Tübingen, Germany, who gathered measurements of body and brain size for more than 300 fossils from the Homo genus – to which modern day humans, Homo sapiens, belong – found across the globe.

They found colder and harsher climates drove the evolution of larger body sizes while warmer climates led to smaller bodies, in addition to brain size also changing “dramatically” but not evolving in tandem with body size.

Professor Andrea Manica, a researcher in the University of Cambridge’s Department of Zoology, who led the study said: “Our study indicated that climate – particularly temperature – has been the main driver of changes in body size for the past million years.

The researchers also examined the effect of environmental factors on brain size but correlations were found to be generally weak.

Dr Manuel Will from the University of Tubingen, first author of the study added: “We found that different factors determine brain size and body size – they’re not under the same evolutionary pressures. The environment has a much greater influence on our body size than our brain size.

“There is an indirect environmental influence on brain size in more stable and open areas: the amount of nutrients gained from the environment had to be sufficient to allow for the maintenance and growth of our large and particularly energy-demanding brains.”