Oxfam alleges that governments and companies are hiding behind ‘unreliable, unproven and unrealistic’ carbon removal schemes 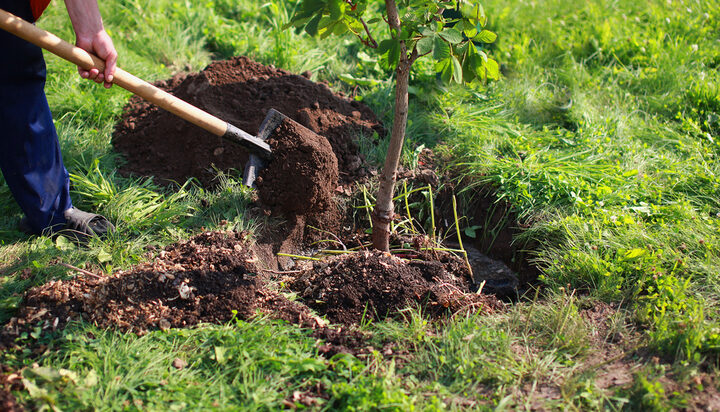 That’s the suggestion from Oxfam, which in a new report claims that using land-based techniques alone to remove global carbon dioxide emissions from the atmosphere and help the world reach net zero by 2050 would require at least 1.6 billion hectares of new forests.

That is equivalent to five times the size of India or more than all the farmland on the planet.

The charity’s new report, named Tightening the Net, alleges that governments and corporations are hiding behind ‘unreliable, unproven and unrealistic carbon removal’ schemes in order to prove that their future business plans will be net zero.

Most of them are heavily reliant on vast swathes of land to plant trees to remove greenhouse gas emissions from the atmosphere, according to the analysis.

However, the authors of the report claim there is not enough land and all these schemes could put food security at risk.

Danny Sriskandarajah, Chief Executive of Oxfam GB, said: “Too many companies and governments are hiding behind the smokescreen of ‘net zero’ to continue dirty business-as-usual activities.

“A prime example of the doublethink we are seeing is the oil and gas sector trying to justify its ongoing extraction of fossil fuels by promising unrealistic carbon removal schemes that require ludicrous amounts of land.

“Net zero targets are vital to tackling climate change. Some governments and companies are taking bold action to cut carbon emissions but there are currently too few to give us a realistic chance of averting climate catastrophe and the widespread hunger and devastation that come with it.

“The UK Government needs to be a credible broker for a deal that can stop the planet overheating when it hosts the COP26 climate talks in November so it is imperative that it stops licensing new oil and gas in the North Sea, including a possible new oilfield near the Shetland Islands.”

A government spokesperson said: “We are absolutely committed to meeting our world-leading climate commitments, having already slashed emissions by 44% over the past three decades, and will publish our Net Zero Strategy later this year.

“While we are working hard to drive down demand for fossil fuels, there will continue to be ongoing demand for oil and gas over the coming years, as recognised by the independent Climate Change Committee.”