Following the publication of the sixth Intergovernmental Panel on Climate Change Assessment Report, the industry, academia and campaigners respond to its key findings 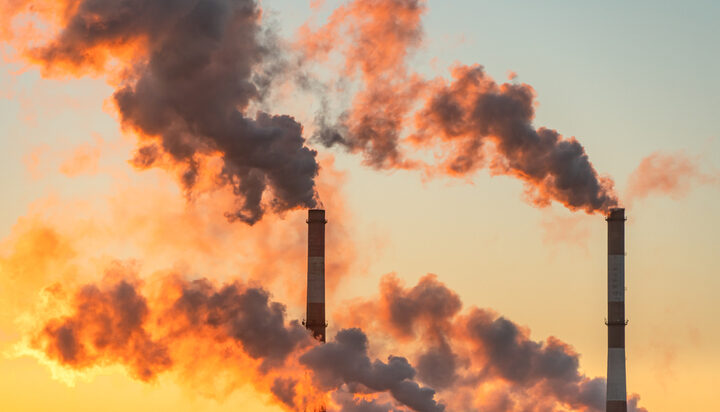 Deemed as ‘a code red for humanity’ by UN Secretary-General António Guterres, the scientific report suggests that the role of human influence on the climate system is undisputed.

What do the industry, academia and campaigners think?

COP26 President Alok Sharma said: “The IPCC report shows that the lights are flashing red on the climate dashboard.

“We must come together at COP26 and agree ambitious emission reduction targets that lead us to net zero by 2050.”

It strengthens COP President’s hand in pressing for updated pledges

Commenting on today’s report from Working Group I of the IPCC, Environmental Audit Committee Chairman, Rt Hon Philip Dunne MP, said: “Internationally, this report strengthens COP President Designate Alok Sharma’s hand in pressing for updated pledges for reduced Nationally Determined Contributions (NDCs) from the states party to the Paris Agreement who have not yet revised their NDCs.

“It indicates the need to reach an ambitious agreement at COP26 in Glasgow in November which will genuinely set us on the path to net zero by 2050.

“Domestically, the report shows the likely regional effects of continued warming at the current rate and demonstrates the challenges of adaptation we are likely to face in the coming decade.”

“The energy industry has led the way in decarbonising the UK economy and reducing emissions, and will continue to play a leading role in delivering our net zero target by 2050. Low carbon technologies can help tackle climate change while keeping bills down for consumers.”

The report raises the alarm on the need for immediate action

Stew Horne, Head of Policy, Energy Saving Trust, said: “The IPCC comprehensive report raises the alarm on the need for immediate action to avoid the point of irreversible climate damage.”

Mr Horne said the IPCC report makes it clear that governments are not on track to meet the ambitions of the Paris Climate Agreement and that much more needs to be done.

He added: “With the eyes of the world on the UK as we build up to COP26 in November, the UK government must now show real leadership by recommitting to delivering a greener recovery. The UK government has set some of the most ambitious climate pledges of any major economy in the world.”

Responding to the report, David Smith, Chief Executive at Energy Networks Association which represents the UK and Ireland’s energy networks businesses said: “The UK’s energy networks are some of the greenest and smartest in the world, but we need monumental action and collaboration across all industries to deliver net zero. Today’s warning is stark.

“Action must be taken now to address the climate emergency. We urge the government to push forward in publishing the long-awaited Net Zero, Hydrogen, and Heat and Buildings Strategies.”

The evidence is unimpeachable

Responding to the publication of the report, Danny Sriskandarajah, Oxfam GB Chief Executive, said: “We are trailing dismally in this race against time, climate change is already turbocharging extreme weather events and driving hunger, poverty and inequality all over the world. The evidence is unimpeachable. Governments have to act now and drastically cut emissions further and faster.

“As host of COP26, the UK has to demonstrate global leadership. The Prime Minister should stop the proposed Cambo oil field and block the new Cumbria coal mine. He needs to urgently implement the policies needed to meet the UK’s bold climate change targets and rapidly decarbonise our economy.”

Richard Black, Senior Associate at the Energy and Climate Intelligence Unit (ECIU), commented: “Coming less than three months before COP26, this report is a huge wake-up call to all governments showing that as things stand, they are not on track to keep climate change within manageable bounds.”

We are running out of time

In an announcement, the World Meteorological Organization said: “One of the stark messages of the new IPCC report is that we are running out of time to achieve the lower temperature target of the Paris Agreement.”

For International Institute for Environment and Development Director Andrew Norton, the recent extreme weather events in the US, China, India and Europe reinforce what the report suggests – climate change is already here and urgent action is needed.

He said: “G20 countries need to come to November’s climate negotiations with clear plans to wean themselves off fossil fuels and outline long-term strategies to decarbonise their economies.”

We have little over eight years to act

Mark Campanale, Founder and Executive Director of Carbon Tracker, said: “The science couldn’t be more stark. We have little over eight years to act; the room for global emissions we have left is perilously depleted.

“The undented and seemingly clandestine financing of fossil fuels globally, of coal power in China, the Pacific Rim and beyond has to stop, new slated projects scrapped and funnelling of funds via the world’s big exchanges checked.”

The key to keeping 1.5°C alive will be a reduction in methane emissions

Professor Joanna Haigh, former Co-Director of the Grantham Institute for Climate Change and Environment; Distinguished Research Fellow, Imperial College London, said: “Governments must rapidly introduce policies and measures to reduce emissions by around 50% over the rest of this decade to avoid an ongoing breach of the 1.5°C target, which is still possible, but only just. Key to keeping 1.5°C ‘alive’ will be a marked reduction in the release of highly-potent methane emissions, which could rapidly slow temperature rise.”

Reacting to the landmark UN climate report published today, Connor Schwartz, Climate Lead at Friends of the Earth, said: “Every fraction of a degree now matters more than ever. Loud wake-up calls have been sounding for years but world leaders have chronically over-slept and people are paying the price with their lives.

“If we want a habitable planet, the window is just about still open, that’s today’s report in a nutshell.”