Boris Johnson: ‘We are going to be extremely bold at COP26’

Just a few hours after the publication of the IPCC report, Boris Johnson took to Twitter to reinstate his government’s targets 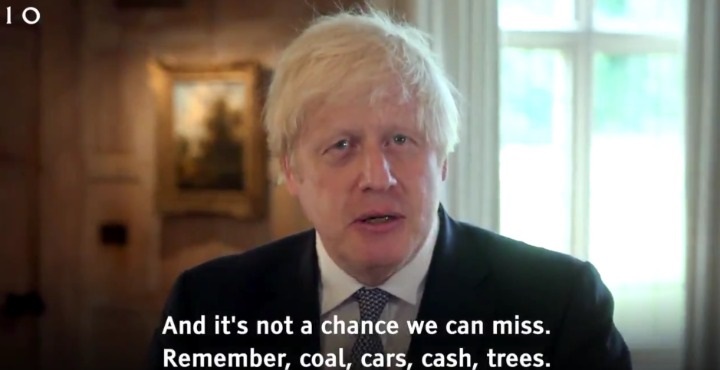 Following the launch of the Intergovernmental Panel on Climate Change (IPCC), the Prime Minister has published a social media video to reinstate his targets for COP26.

Boris Johnson said: “We are going to be extremely bold at the COP26 summit and call for the world to make big commitments to change in four specific areas. Coal, we want the developed world to kick the coal habit entirely by 2030 and the developing world by 2040.

“Cars, we want the world to follow the UK lead and abandon fossil fuel internal combustion engine machines. Cash, we want the richest nations which have historically produced so much of the world’s to recommit to supporting the rest of the planet to go green with funds of $100 billion (£72.3bn) per year.”

For the fourth area of commitments, he focused on trees, highlighting an ambition for COP26 to commit to restoring nature and habitat and ending “the massacre of the forests”.

Responding to the stark findings of the landmark IPCC report, Mr Johnson said that the report could not be clearer that human beings are causing “potentially catastrophic climate change” and that is “far cheaper and more effective to act now to avoid incalculable damage in the future”.

The Prime Minister added that the world lacks one thing and that is time – he said: “We must accelerate the global transformation.”