The government has set out plans to create a ‘thriving’ low carbon hydrogen sector in the UK over the next decade – but what does the energy industry think? 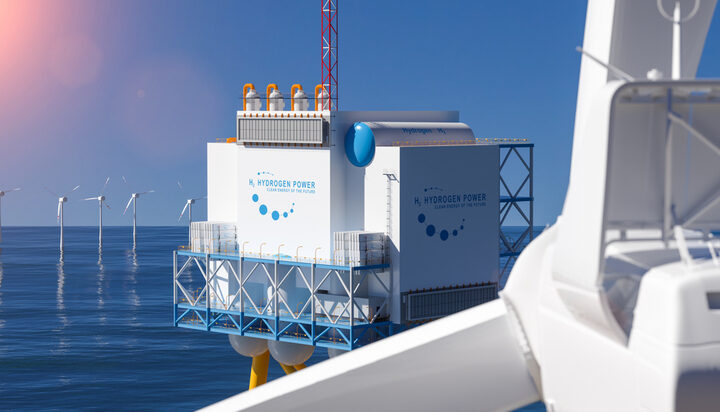 The government has today published its Hydrogen Strategy to underpin its target of 5GW of renewable hydrogen production capacity by 2030.

A clear ambition for green hydrogen is needed

“In the year when the UK is hosting the biggest climate change summit for years, we fear that international investors in renewable hydrogen may compare this strategy to those of other countries and vote with their feet.”

Mr McGrail added that the government must use the current consultation period to amend its plans and set out a clear ambition for green hydrogen.

We must set our sights higher

David Smith, Chief Executive at Energy Networks Association, describes the Hydrogen Strategy as a much-needed and welcome first step for the development of the UK’s hydrogen economy.

He said: “It puts in place the right pieces for Britain’s energy networks to act as the platform on which the UK’s hydrogen ambitions will be built, recognising the importance of hydrogen blending and investing in innovation.

“We need further recognition that for hydrogen to play its part in net zero, producing 5GW of hydrogen by 2030 will not be enough. We must set our sights higher, towards a figure twice that amount.”

Disappointing that consultations on funding issues are being launched now

Environmental Audit Committee Chairman Rt Hon Philip Dunne MP said: “While I welcome this step forward, I have to say it is disappointing that only now, after being promised the Strategy in November last year, are the necessary consultations being launched on how to overcome funding issues and how to define ‘low carbon’ hydrogen.

“These critical issues should have been ironed out in advance of this Strategy.”

Mr Dunne urged the government to act swiftly on the findings of the consultations as he believes the UK has the strategic advantage from the prospect of generating green hydrogen from surplus offshore renewable energy generation.

Jess Ralston, Analyst at Energy and Climate Intelligence Unit, said: “The fuel could be very valuable for cleaning up steel production and protecting jobs in this industry crucial when Europe is already steaming ahead with 23 hydrogen steel plants when we have none.

“But some questions remain over whether the government has truly grasped which areas will be most suitable for hydrogen use and which will not.”

All eyes on the prize, green hydrogen

Helen Melone, Senior Policy Manager at Scottish Renewables, the trade body for Scotland’s renewable energy industry, said: “It is important that government does not take its eye off the prize here: green hydrogen, made using electrolysis powered by renewables like wind, solar, tidal and more, is set to play a key role in decarbonising the global energy system and concentrating on developing supply and a market for it now should be governments’ top priority in this area.”

Andy Prendergast, GMB Union National Secretary said: “GMB welcomes this strategy as a key step in the development of hydrogen.

“But we have concerns that the programme is not ambitious enough and will be insufficient for hydrogen development to become a cornerstone of both our energy policy and the transition to net zero.”

Important steps that will alleviate uncertainty

Responding to the publication of the government’s Hydrogen Strategy Matthew Fell, CBI Chief Policy Director, said: “Confirmation of both a business model consultation and the launch of an action plan for developing the hydrogen sector are important steps that will alleviate uncertainty in the market and provide the confidence boost private investors are looking for.

“However, to truly capitalise on those large-scale economic opportunities, and unlock the private sector finance needed, firms will now be looking for the government to provide detailed policies and standards for hydrogen production and application.”