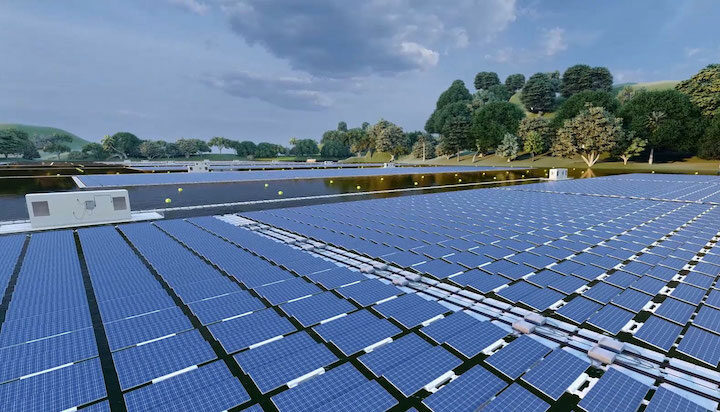 Construction work has started on a 145MW floating solar power plant in Indonesia following financial close achieved by the developers.

The Cirata Floating Photovoltaic Power Plant project, set to be the largest of its kind in Southeast Asia and one of the largest in the world, it is expected to provide enough electricity to power 50,000 homes.

It will also help offset 214,000 tons of carbon emissions a year and contribute to the creation of up to 800 jobs.

The project supports Indonesia’s goal for 23% of its electricity coming from renewable sources by 2025 under its Electricity Infrastructure Acceleration Programme.

Masdar and PT PJBI, a subsidiary of Indonesia’s state-owned electricity company PT PLN are developing the project, which is scheduled to start commercial operation in the fourth quarter of 2022.

“This project represents the UAE’s first investment in Indonesia’s renewable energy sector and we look forward to further collaboration between our countries, as we leverage our natural resources to build a more sustainable future.”