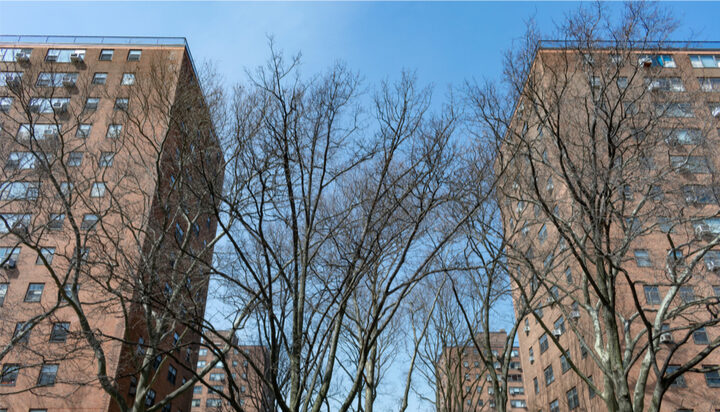 A new $24 million (£17.4m) pilot programme to support the decarbonisation of affordable housing in New York City has been launched.

It will create a streamlined funding process to cover the costs of electrifying existing buildings regulated by the New York City Department of Housing Preservation and Development (HPD) as well as implementing other performance improvements such as building envelope and hot water distribution, which help reduce energy consumption.

An agreement has been announced between HPD and the New York City Department of Housing Preservation and Development to collaborate on the project, which supports the state’s goal to reduce greenhouse gas emissions by 85% by 2050.

The pilot programme is expected to support upgrades in around 1,200 living units of affordable housing and benefit 3,000 low to moderate income residents.

New York Governor Kathy Hochul said said: “The climate crisis is a global problem that demands a global response and that’s why it’s so important that New York State and New York City pool their resources and work together to reduce carbon emissions.

“This new partnership between NYSERDA and HPD will make it easier for affordable housing developments in New York City to access funding and retrofit their buildings for clean energy usage. Partnerships like this are moving us closer to achieving the state’s ambitious climate goals as we continue to seek out new and innovative ways to incorporate clean energy into our daily routines and lives.”