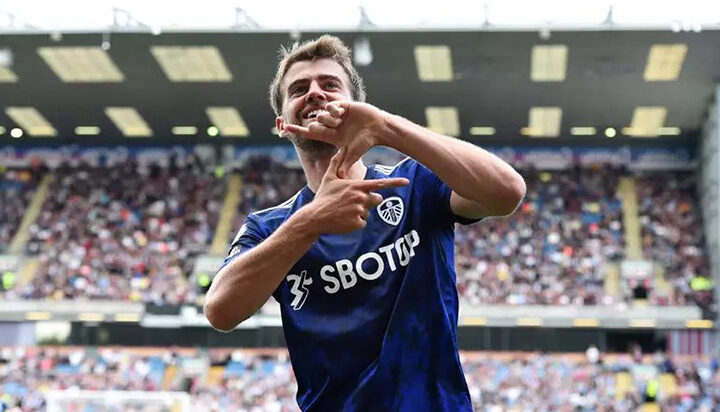 Footballer Patrick Bamford has recently been called up to the England team for the first time in his career – but is not only looking for goals on the pitch tonight against Hungary.

The Leeds United forward has been trying to raise awareness for climate change every time he scores a goal.

When asked about his synonymous ‘Z’ goal celebration, he remarked on the England team’s Instagram: “So the Z celebration is actually a lightning bolt symbol. It’s supposed to be a bolt for the planet, so it’s kind of raising awareness for climate change and obviously there’s a lot that needs to be done so I’m trying to help everyone learn about that.”

The striker is also an ambassador for a sustainable trainer company, Hylo Athletics and cites his England teammate Marcus Rashford as the reason for taking more strides to tackle the climate crisis.

In an interview with Sky Sports, he said: “Marcus has shown that this year that you can do so much on the pitch but you can do even more off the pitch and I think he’s kind of set the ball rolling for a lot of us.

“I think that’s kind of pushed me, or kind of given me the impetus to do more and show that I can make a change as well, so hopefully it won’t just be me, it’ll be a lot of people following suit.

“I’m not saying everyone has to go and buy sustainable clothing and stuff like that, or sustainable running shoes, just if everyone starts to make a little change in their life then it’s going to help in the long run I think.”

Bamford is not the only Premier League footballer raising awareness for the environment, with Spurs defender Eric Dier revealing he was growing his own vegetables earlier this year.

He will no doubt be hoping to take his celebration that represents a global problem to the world stage with a goal on his debut.