‘Record-breaking offshore wind numbers are not enough for net zero’

A new report claims that although offshore wind installation numbers are almost as high as they have ever been, the world is only tapping into 0.5% of its potential 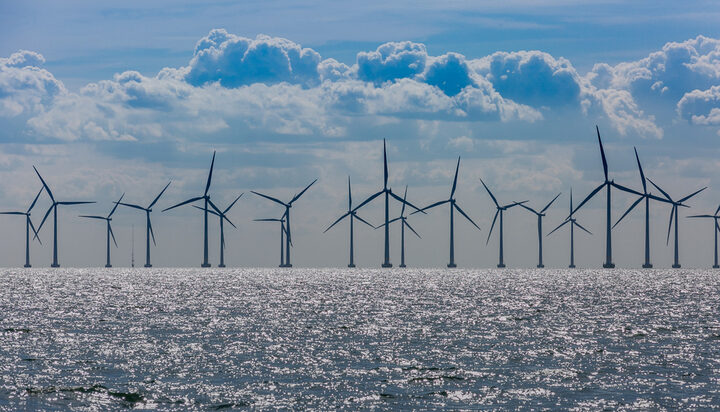 Despite COVID-19 disruption, 2020 was the second highest year for offshore wind installations worldwide with 6.1GW of capacity and China is leading the race.

Although numbers were high, a new report claims that the amount of targeted installations by global governments for the next thirty years is nowhere near enough to achieve net zero.

Last year was just shy of 2019, which saw 6.24GW of offshore wind installed – but the Global Wind Energy Council (GWEC) maintains its position that governments must still heavily increase the pace of installations if the world is to meet its net zero targets.

The GWEC predicts 2021 to be another record-breaking year, with China alone looking to install 7.5GW of offshore wind before the expiry of current feed in tariffs.

The GWEC’s new report claims that for three years running China has topped the installation table, contributing more than 3GW to last year’s 6.1GW total. China was followed by the Netherlands, which installed 1.5GW of new offshore wind and then Belgium (706MW).

According to the study, 235GW of new capacity will be installed during the coming decade, a 15% increase on last year’s forecast – but this is only 11% of the capacity required to meet net zero by 2050.

The research reveals that wind has the biggest growth potential of any renewable energy. It states that currently 35GW of capacity is installed worldwide, helping the world avoid up to 62.5 million tonnes of carbon emissions but explains that this is only 0.5% of global installed electricity capacity.

It concludes by citing the International Energy Agency’s (IEA) findings that the world will need 2,000GW of offshore wind capacity by 2050 to be able to achieve the aims of the Paris Agreement and current global targets are only for 560GW of installation in that time.

“But as the G20 recognised at its most recent summit, we are in a climate emergency and we can no longer be content with simply breaking records – the scale of growth we need to achieve for the future of our planet goes beyond anything we have seen before.

“The offshore industry believes they can meet this challenge, but there is a clear target and policy gap that countries need to fill for the industry to deliver”.