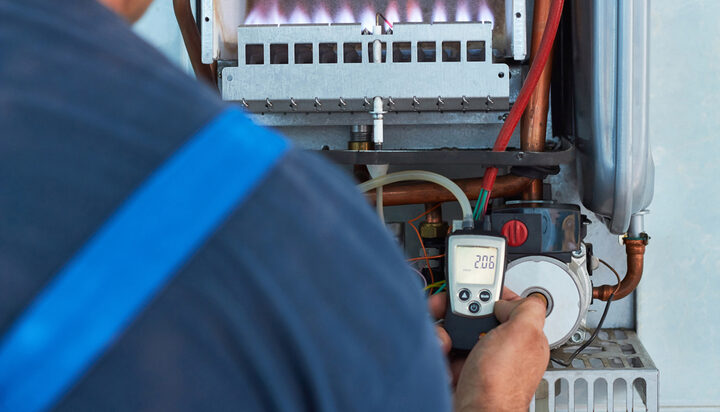 The government plan to ‘rip out’ the existing gas boilers from 24 million households across the UK is ‘utterly absurd’, the GMB Union says.

The union predicts the proposed ban on new gas boilers installations could create higher energy bills and potentially weeks of disruption for homes.

GMB said the impact of disruption could be felt more in the so-called red wall areas, including North East, Yorkshire and Humber that have the highest proportion of homes connected to the gas grid.

A ban on new gas boiler installations is reportedly going to be set from 2035.

Last month, there were reports saying that Boris Johnson was considering pushing the proposed ban back to 2040.

“It will lead to heating chaos for millions of people and general resentment towards the UK’s drive to net zero, especially if households are then forced to rely on unproven heat pump technology.

“By investing in hydrogen technologies, we can use our existing gas network instead of throwing it all away. And thousands of skilled gas engineers across the country will have jobs adapting the systems.”

A BEIS spokesperson said: “The government has absolutely no plans to ‘rip out’ existing boilers, this is deeply misleading.

“Over the next 15 years, we will incentivise households to switch to less polluting and more efficient heating systems as people come to replace their fossil fuel boilers. Our entire approach will be to keep energy bills low and ensure this gradual transition away from gas boilers is fair and affordable for consumers and the taxpayer.

“In addition to our world-leading Hydrogen Strategy, our detailed approach in this area will be set out shortly in the Heat and Buildings Strategy.”