A new report claims that if the world work together on curbing plastic waste, more than 80% of pollution to Earth’s oceans could be prevented 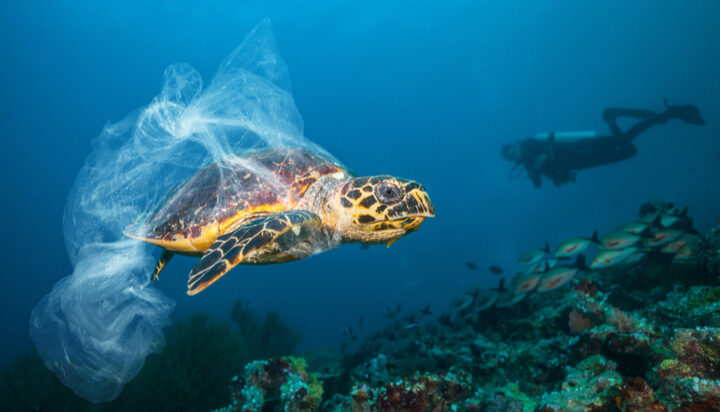 Ocean plastic pollution is expected to triple by 2040 but collaborative action could keep the tide in by more than 80%.

That is the verdict of a new annual report by the Global Plastic Action Partnership (GPAP), which reveals that increased action and worldwide collaboration can prevent the seemingly impending catastrophic levels of plastic pollution on Earth.

The report found positives in the actions of more developing countries in the last two years.

Vietnam has pledged to cut down marine plastics by 75% by 2030, Ghana has committed to a 100% circular economy for plastics and Indonesia is now set to prevent up to 16 million tonnes of ocean plastic pollution with its new roadmap.

GPAP stated that $196 million (£142.3m) was committed to National Plastic Action Partnership countries by its members, which has been set up to help more developing countries cut waste and pollution levels.

Its research found that around 50% of ocean waste can be prevented by only reusing 10% of plastic products and stresses that if more is done globally to improve recycling the levels of plastic pollution could dwarf.

It calls for more focus on private and public partnership globally to curb pollution numbers and claims that if the world works together more on tackling the problem, it may not all be doom and gloom.

Kristin Hughes, Director at GPAP, said: “Plastic pollution was already a global emergency and with the pandemic-induced explosion in packaged goods, as well as increased of use of single-use plastics through masks, gloves and other PPE, it has become a global disaster.

“The good news is that our GPAP 2021 impact report proves that what we’re doing works and if we act together now, we can halt the plastic pollution crisis in its tracks.”