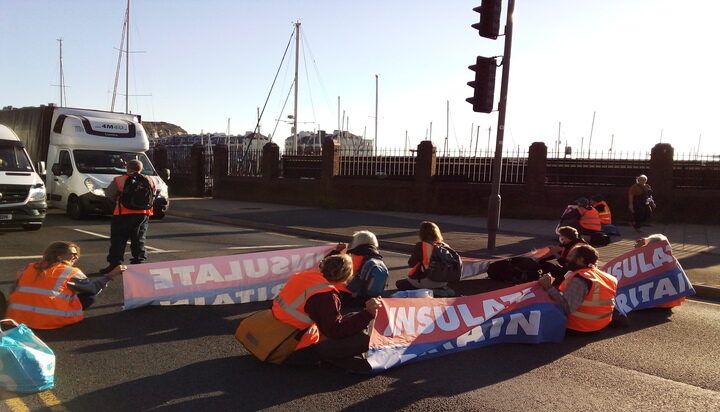 After ten days of motorway chaos created by protests staged by Insulate Britain, nearly 40 people blocked the port of Dover early this morning.

Quoting Winston Churchill, “courage is what it takes to stand up and speak, it’s also what it takes to sit down” and apologising for the disruption that their actions create, the group blocked the entrance to the docks.

Asked about the reasons they targeted the UK’s busiest port, a spokesperson said: “We are blocking Dover this morning to highlight that fuel poverty is killing people in Dover and across the UK.

“We need a Churchillian response, we must tell the truth about the urgent horror of the climate emergency.

“Change at the necessary speed and scale requires economic disruption. We wish it wasn’t true, but it is. It’s why the 2000 fuel protests got a U-turn in policy and gave Blair his biggest challenge as Prime Minister.”

The protest follows a court injunction, warning protesters about the risk of being prosecuted if they continue blocking the M25.