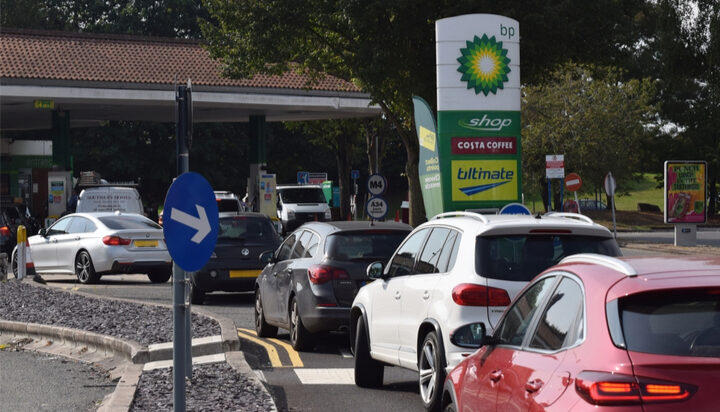 British military tanker drivers are to start delivering fuel to forecourts across the country today, the government has confirmed.

Almost 200 military tanker personnel, 100 of which are drivers, will be deployed to provide temporary support as part of the government’s wider action to address the shortage of heavy goods vehicle (HGV) and relieve pressure on petrol stations.

It follows the end of training for the military personnel at haulier sites across the country to help with the fuel deliveries after a week of panic-buying and drivers hoarding fuel in water bottles after the shortage of truck drivers.

The government is also introducing a bespoke scheme allowing up to 300 fuel tanker drivers to the come to the UK immediately but on a temporary basis – until the end of March 2022.

"While there has always been plenty of fuel at our refineries and terminals, we are also now seeing signs that the situation at the pumps has begun to improve.

In addition, around 4,700 food haulage drivers will arrive from late October and leave by 28th February 2022 and 5,500 poultry workers will arrive later this month and be able to stay until 31st December 2021.

They form part of the temporary immigration arrangements announced last week to help provide short term relief for the food and fuel industries.

Business and Energy Secretary Kwasi Kwarteng said: “Thanks to the immense efforts of industry over the past week, we are seeing continued signs that the situation at the pumps is slowly improving. UK forecourt stock levels are trending up, deliveries of fuel to forecourts are above normal levels and fuel demand is stabilising.

“It’s important to stress there is no national shortage of fuel in the UK and people should continue to buy fuel as normal. The sooner we return to our normal buying habits, the sooner we can return to normal.”