Anyone who breaks the injunction, which covers roads and motorways linked to the M25, faces imprisonment or an unlimited fine 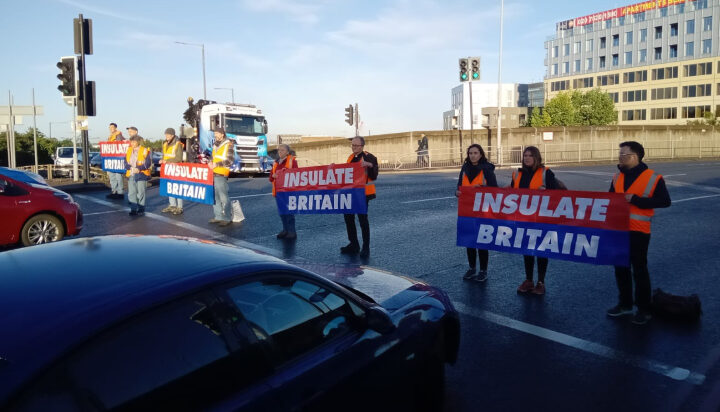 The UK Government has taken out a further injunction against climate activists who obstruct key roads in and around London.

The new injunction targets protestors who cause disruption on any of the highways on the Strategic Road Network linked to the M25 in the south east and obstruct traffic and access to motorways and major A Roads in and around the capital city.

It also bans activities that cause damage to road surface and infrastructure and prohibits activists from gluing themselves to the road or abandoning their vehicles.

Anyone who breaks this injunction faces imprisonment or an unlimited fine and in addition, the police will now be able to release information on the protestors as well as evidence to National Highways so the injunctions can be enforced.

Recent weeks have demonstrated that the police need stronger powers to tackle those who illegally block motorways.@Conservatives will introduce new laws to lock perpetrators up for 6 months, and face unlimited fines. We will not stand by while motorists are held hostage.

National Highways has already taken out two injunctions to prevent action along the M25, as well as major roads around the Port of Dover, following the “dangerous disruption” caused by demonstrators from Insulate Britain.

A number of activists have already been served with court papers and may face a court hearing and imprisonment or a fine for contempt of court if they are found to be in breach of the injunctions going forward.

Transport Secretary Grant Shapps said: “We will  continue to do all we can to prevent this self-defeating, disruptive and incredibly dangerous behaviour being carried out by Insulate Britain. They are putting lives in danger and damaging their own cause.   Today, we’re ensuring every major road and motorway linked to the M25 is covered by this injunction to help prevent further disruption.

“Activists are being tracked down and served court papers and will now face justice. We will take the strongest action against anyone else who decides to take part in this ridiculous and irresponsible action.”

📣“If our government wants to do something for hard-working families it should act decisively to insulate Britain’s homes,

it will help people with rising energy bills, prevent 8,500 fuel poverty deaths and cut carbon emissions in the most cost-effective way possible” pic.twitter.com/LxatDMe7RL

The group tweeted: “It will help people with rising energy bills, prevent 8,500 fuel poverty deaths and cut carbon emissions in the most cost-effective way possible.”