According to the World Bank, the country has experienced a 0.5°C increase in temperature over the last 44 years and by 2050, it is predicted to rise by 1.4°C 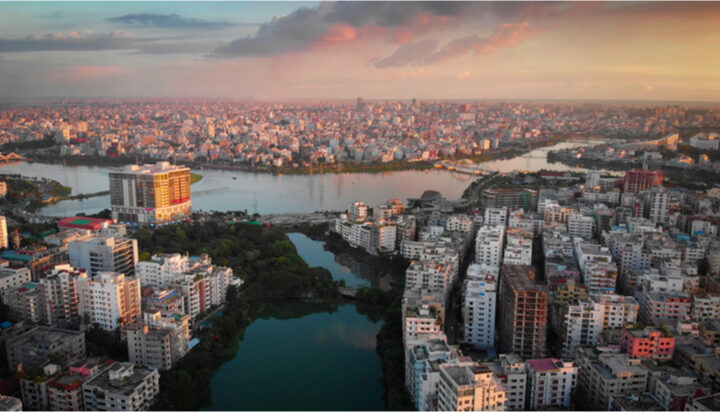 Climate change is affecting the mental health of people and increasing the spread of infectious diseases in Bangladesh, according to the World Bank.

Its new report has found a link between the shifting climatic conditions and mental health issues as well as a rise in respiratory, waterborne and mosquito-borne diseases, with the children and elderly and those living in large cities like Dhaka and Chattogram said to be the most vulnerable.

It adds Bangladesh has experienced a 0.5°C increase in temperature over the last 44 years, with the summers getting hotter and longer, winters getting warmer and the monsoon seasons being extending from February to October.

The report suggests erratic weather conditions played a key role in the 2019 dengue outbreak in the city of Dhaka, where 77% of the country’s total dengue-related deaths occurred.

That year, Dhaka also recorded more than three times the average February rainfall followed by high temperature and humidity between March and July.

The likelihood of contracting an infectious disease is said to be around 20% lower in the dry season compared to the monsoon months.

The World Bank suggests for a 1°C rise in temperature, people are more likely to suffer from respiratory illnesses by 5.7% and for a 1% increase in humidity, the chances of catching a respiratory infection rise by 1.5%.

In addition, the report states the weather pattern affects mental health of people in the country.

It adds more people suffer from depression during winter while the level of anxiety disorders increases with temperature and humidity, with women believed to be at higher risk than men for depression while men more susceptible for anxiety.

Mercy Tembon, World Bank Country Director for Bangladesh and Bhutan said: “Bangladesh has remarkably tackled climate change challenges, despite being among the most vulnerable countries. It has built resilience against natural disasters and introduced homegrown solutions to improve agricultural productivity,.

“With more evidence showing a pronounced impact of climate change on physical and mental health, Bangladesh needs to build on its success in adaptations to ensure a stronger health system that averts outbreaks of emerging climate-sensitive diseases.”