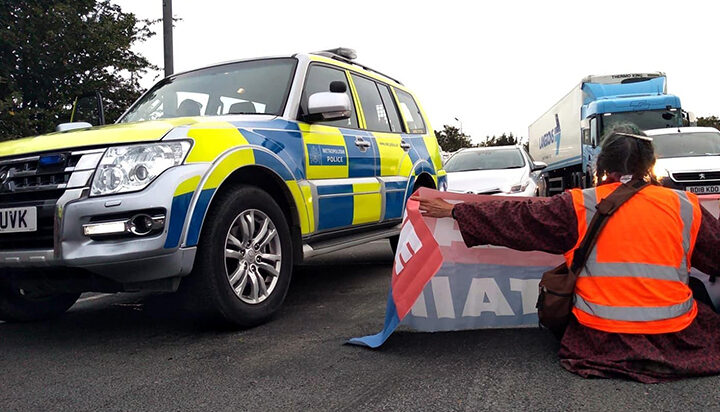 Insulate Britain protestors blocked a major roundabout and parts of the M25 again today, despite legislation being passed recently to stop them.

Reportedly 16 arrests took place on the motorway and 19 by the roundabout.

The disdain towards the protestors has already been made clear by the British public in a recent survey previously reported by Energy Live News – revealing that 60% of Brits oppose their actions.

These feelings were represented today in a viral video taken of a mother trying to take her daughter to school.

She said: “My daughter is late to school, you are messing with children’s education because you are selfish. I hope you got that on camera, I think they are a disgrace.”

An injunction was passed over a fortnight ago by National Highways to allow those blocking the road to be prosecuted but this has not stopped them from doing so.

The protestors were also blocking the road in Old Street, which has led to more shaming online from members of the public given its association with ‘hipster London’.

The Metropolitan Police commented: “We are responding to two protests this morning which are blocking roads. Activists are disrupting traffic around Old Street roundabout.

“They’re also disrupting motorists at Junction 25 of the M25. We’re on scene and working quickly to get traffic moving. We know that some activists have used super glue to frustrate our efforts and to delay Londoner’s even further.

“We train for these scenarios and have specialist teams on hand to help remove people and make arrests. We will share more information shortly.”