President Putin: “Europe is covering up its own mistakes for the current energy crisis” 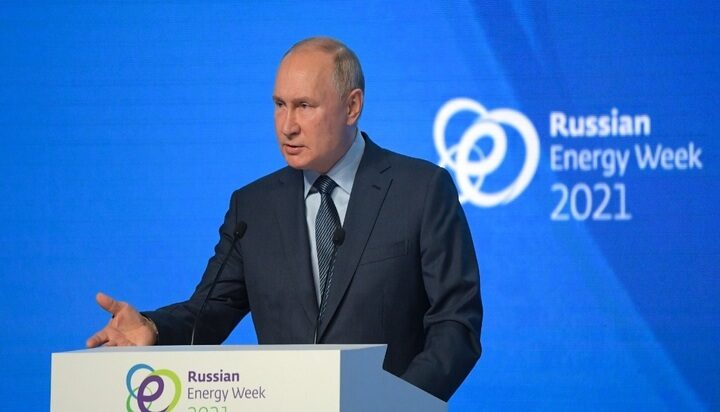 Russia has tried to shift the blame for the current energy crisis onto Europe and the way it handled the energy supply issues.

Speaking at the Russian Energy Week forum, President Vladimir Putin said the rise in natural gas prices in Europe stemmed from shortages of electricity, not the other way around: “There is no need to lay the blame on other people, which is what some of our partners are trying to do.

“Occasionally, you get stunned by what is being said on this account, as if these people do not know the numbers, as if they do not see the reality and are just covering up their own mistakes. Systemic flaws have been gradually introduced in European energy over the past decade, which led to a major market crisis in Europe.”

Russia’s President explained that this year even after a cold winter in Europe, many countries chose to rely on spot gas supplies and the so-called ‘invisible hand’ of the market.

“However, this sector is notorious for erratic power generation. It requires large reserve capacities. In the event of major generation failures, primarily due to bad weather, this reserve is simply not large enough to cover the demand.

This is exactly what happened this year, when, due to a decrease in wind farm generation, there was a shortage of electricity on the European market. Prices soared, which triggered a spike in natural gas prices on the spot market.”