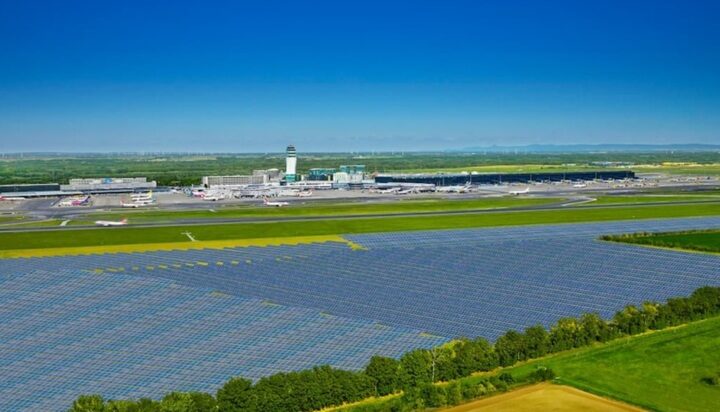 Austria has today unveiled plans to build the country’s largest solar PV plant at the international airport of its capital, Vienna.

The solar project, which will have 55,000 panels is predicted to cover a surface of 24 hectares.

The Vienna Airport plans to invest €33 million (£27.9m) to build the project that is predicted to cover a third of its annual electricity consumption.

The new facility is scheduled to be operational next spring.

Günther Ofner, Chief Executive Officer of Flughafen Wien AG, said: “In spring 2022 we will be putting Austria’s largest photovoltaic system into operation with an output of 24 megawatts peak. In the future, we will cover around a third of our annual electricity consumption with solar energy.

“This brings us one big step closer to our goal of becoming one of the first ‘green airports’ in Europe to operate in a carbon-neutral manner.”