The project could produce enough electricity to power more than 50,000 homes in Scotland 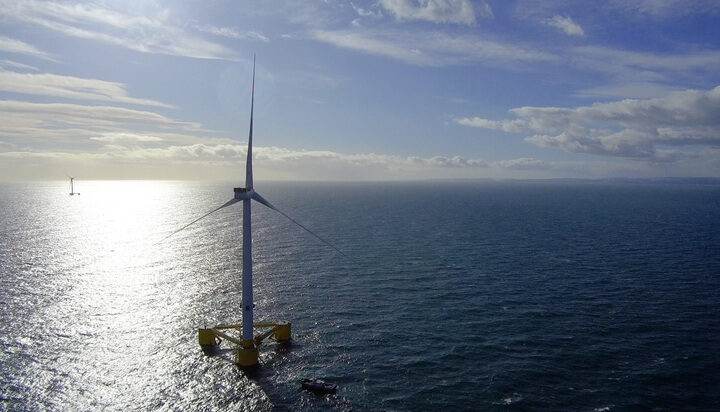 Scotland’s grid has started receiving green juice from what is described as the world’s largest floating windfarm.

Located around 15 kilometres off the coast of Aberdeenshire, in water depths of up to 80 metres, the project consists of six wind turbines.

Cobra Wind, a subsidiary of Cobra Group, has been responsible for the delivery of the project, including engineering, construction, installation and commissioning.

Jaime Altolaguirre, Project Director from Cobra, said: “The completion of Kincardine comes at a pivotal time in determining Scotland’s leadership in the floating offshore sector.

Kincardine offshore windfarm has shown that the largest and most advanced wind turbines available can be installed on floating platforms in the challenging North Sea environment.

The project proves that floating wind can play a vital role in tackling climate change not only in Scotland and the UK, but also around the world.”