Rooftop solar constituted more than 90% of all solar PV deployed 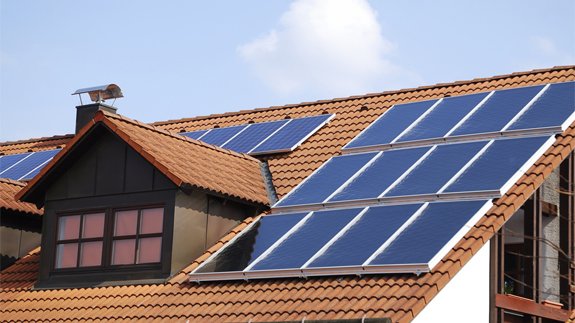 Rooftop solar installations hit a record high in the third quarter of this year, with 97MW installed on homes and businesses across the country.

That makes up more than 90% of the total solar photovoltaic (PV) deployed in the last quarter, with 107MW overall.

This is according to new research figures from Solar Media, which found that during the last two quarters, 104MW of commercial rooftop solar was deployed – a record for the industry.

There is a current pipeline of more than 20GW of ground-mounted solar projects but only 10MW was built in the last quarter due to high prices of commodities.

Finlay Colville, Head of Research at Solar Media, said: “The overall market for the UK is likely to hit 600MW for the year, above 2020 deployment figures but still short of the GW levels expected at the start of the year.

“Utility-scale ground-mounted projects will likely start being built again during 2022 but the timing remains contingent on Asian manufacturers seeing module costs decline back to 2019 levels.

“Going forward, GW-plus annual deployment – with strong rooftop and ground-mount contributions – remains on track out to 2030.”