Initially, the river port authority refused to give permission to the ship to berth at the venue where the COP26 is taking place 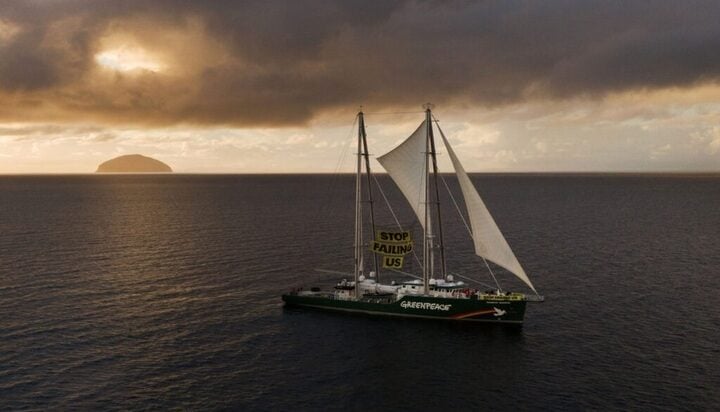 Clyde Port Authority has given permission to Greenpeace to dock its Rainbow Warrior ship outside the Scottish Event Campus (SEC), the COP26 venue in Glasgow.

The ship started its journey from the Port of Liverpool on Saturday evening – at that point, it contacted the Clyde Port Authority to request permission to berth outside of the COP26 climate conference centre.

The authority refused the request, saying that the Rainbow Warrior can not sail into the River Clyde and that this area was monitored by the Scottish Police.

Despite the lack of permission, the ship’s captain decided to ignore the warnings and continued the journey.

Last night and as the ship approached the Firth of Clyde, the captain was warned that if the ship continued its journey, it would be in breach of maritime laws.

A few hours later, Greenpeace said that Clyde Port Authority and Scottish police have given green light for the ship to sail to COP26.

In a joint statement, Jakapita Faith Kandanga, Farzana Faruk Jhumu, Edwin Namakanga and Maria Reyes, the climate activists on board, said: “The authorities have seen sense and now understand that our presence at the climate summit is too important to shut out.

“It’s ridiculous to think that climate talks could be held without the most affected people there and it’s positive that the police and port authorities have changed their minds.”