Kwasi Kwarteng: “Britain must end its reliance on importing energy” 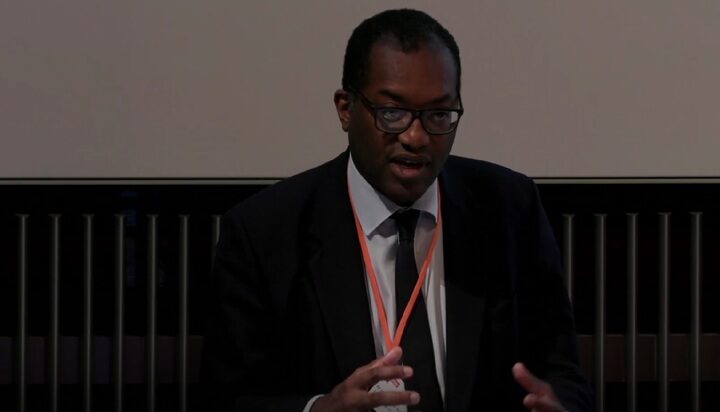 Writing in the Sunday Telegraph, Mr Kwarteng explained that the nation must build a “homegrown” energy system built on renewables.

He added that it is important the UK becomes a ‘produced and exporter’ of energy rather than a ‘customer and importer’.

The Business Secretary said “relying on other countries” is “simply not sustainable” as it leaves “the British people at the mercy of excessive global price fluctuations that are completely out of our control.”

He suggested an increase in domestic nuclear, wind, hydrogen and solar energy production could help the UK secure its own energy independence.

His article follows speculation that government and regulator are on standby for another energy supplier that might collapse this week.

GMB Union called on the government to take ‘immediate steps to build domestic energy capacity’ after a trade dispute threatened to cut off UK’s energy supply.

Andy Prendergast, GMB National Secretary, said: “We should never be in a position where a trade dispute could see the power switched off.

“This is only possible because of years of delays and underinvestment in our key energy infrastructure.

“The recent spike in gas prices exposed the chaos that can ensue because Britain is a net importer of energy.”