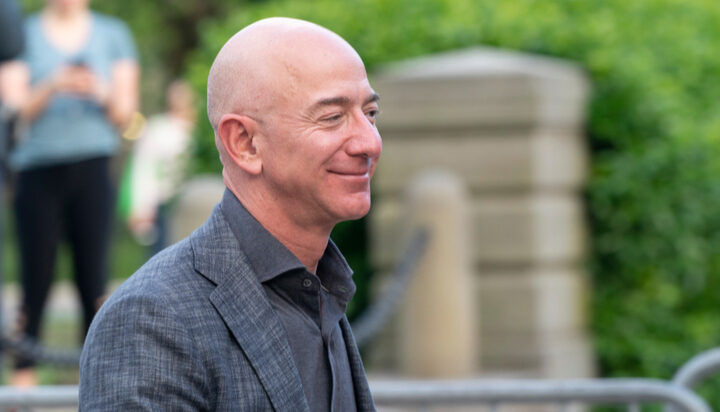 At the COP26 climate summit, he said that his journey into space this summer made him realise “how thin the Globe’s atmosphere is”.

He pledged $2 billion (£1.46bn) to land restoration in Africa as part of his lecture, through his Bezos Earth Fund.

He stressed this was part of an overall $10 billion commitment to fight climate change, enhance nature and advance environmental justice.

The tycoon has come under fire for hypocrisy however, reportedly arriving at the climate summit in a £48 million private jet.

There are estimations that the high number of private jets landing in Glasgow for COP26 will emit 13,000 tonnes of carbon emissions – the equivalent to the amount produced by 1,600 Britons during the course of a year.

“I was told that seeing the Earth from space changes the lens through which you see the world but I was not prepared for how much that would be true,” he said.

“Looking back at earth from up there, the atmosphere seems so thin. The world so finite and so fragile. Now in this critical year and what we all know is a decisive decade, we must all stand together to protect our world.”

He added: “Each year forests and landscapes absorb 11 billion tonnes of carbon from the atmosphere, helping to slow climate change.

“As we destroy nature, we reverse this process. Cut down a forest, destroy the mangroves, pave over the prairies and instead of sequestering carbon, we emit it.

“In too many parts of the world nature is already flipping from a carbon sink to a carbon source. This is a profound and urgent danger to us all.”