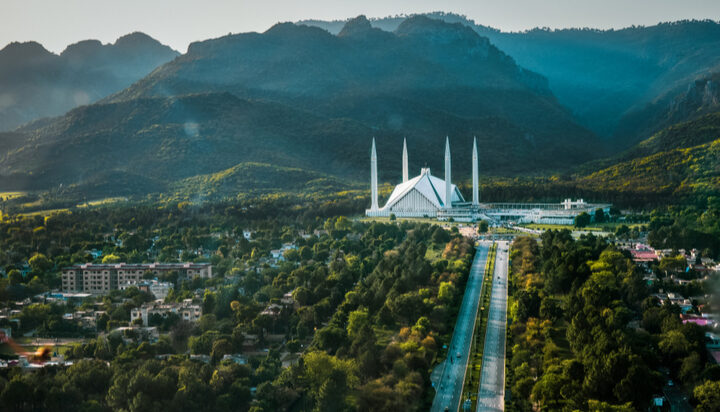 The UK will make more than £55 million available to support Pakistan in its battle against climate change and journey towards net zero.

The funding was announced today at the COP26 climate summit in Glasgow, after the Asian nation was ranked the eighth most vulnerable country to climate change.

One of the reasons behind this is the prediction that by 2100, rises in temperatures could result in 36% of glaciers along the Hindu Kush and Himalayan Mountain range disappearing.

At the opening ceremony of the climate summit, Prime Minster Boris Johnson reaffirmed the need for developed nations to help developing nations in accelerating their climate journeys and the UK has taken steps this week to help countries in Southeast Asia and India alongside Pakistan.

The funding will be split into three parts – a five-year climate resilience programme worth £38 million to help Pakistan’s poorer communities protect themselves from climate change, a five-year water governance programme worth £15 million to make water use more sustainable and access fairer and a further £2.5 million allocated to attracting climate investment to the country.

Pakistan joined 100 other nations earlier this week in committing to end deforestation by 2030.

British High Commissioner to Pakistan, Christian Turner, said: “For Pakistan, climate change could be catastrophic. That is why we are working together on trees and finance and mobilising leading Pakistani businesses.

“This £55m new funding will ensure Pakistan becomes more resilient to climate impacts, with more sustainable water use and greater access to climate finance, so improving lives and livelihoods.”