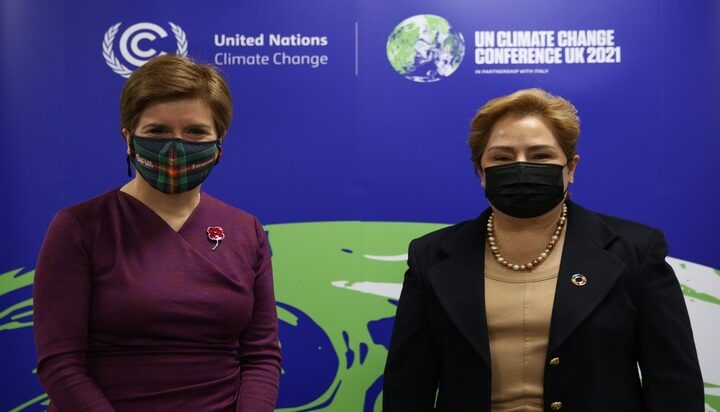 Women should be central to the fight against climate change, said First Minister of Scotland Nicola Sturgeon.

Speaking during Gender Day at COP26 in Glasgow Ms Sturgeon said: “Tackling the climate crisis and delivering a just transition to net zero must go hand in hand and women and girls must be central to that.

“The Scottish Government’s just transition plans will amplify the voices of under-represented groups, including women and girls, and actively work to create a better, greener future for everyone.”

The First Minister also confirmed that the Scottish Government will become a Commitment Maker under the Feminist Action for Climate Justice coalition.

That will commit Scotland to actions aimed at improving the lives of girls and women.

The commitment also includes an increase in access to financing for climate solutions that promote gender equality.