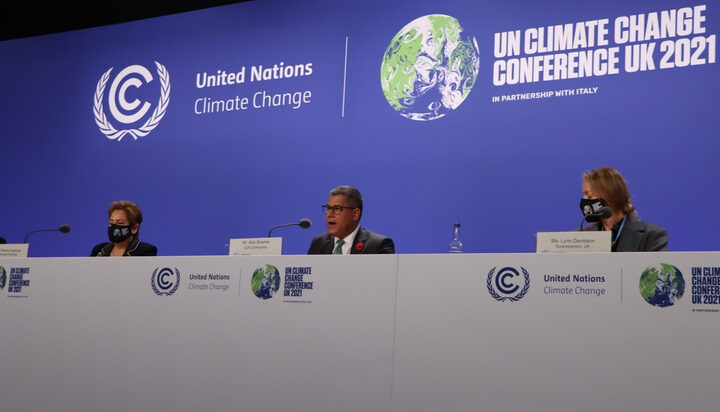 As COP26 enters its final day, a new version of the draft agreement has been revealed having a ‘weaker’ reference on fossil fuels.

The new draft calls on countries to accelerate the shift to renewable energy systems ‘including by rapidly scaling up clean power generation and accelerating the phaseout of unabated coal power and of inefficient subsidies for fossil fuels.’

The inclusion of a reference for fossil fuels is considered to be the first in a United Nations document of this type.

The draft is not final as it will still need all 197 parties in attendance to agree to it.

First Minister Nicola Sturgeon described the draft agreement published as ‘inching forward’ and added that it recognises clearly the 1.5°C and includes some good wording on loss and damage.

Jennifer Morgan, Greenpeace International Executive Director, said: “The new final decision text could be better, it should be better and we have one day left to make it a lot better.

“Right now the fingerprints of fossil fuel interests are still on the text and this is not the breakthrough deal that people hoped for in Glasgow.

“The key line on phasing out coal and fossil fuel subsidies has been critically weakened, but it’s still there and needs to be strengthened again before this summit closes. That’s going to be a big tussle and one we need to win.

“Meanwhile we’ve gone from ‘urging’ countries to strengthen their 2030 emissions targets in line with the 1.5°C goal to merely ‘requesting’ they do so by 2022. It wasn’t good enough before, it’s even weaker now and that needs to change.”