Once commissioned, the project is predicted to power 800,000 homes 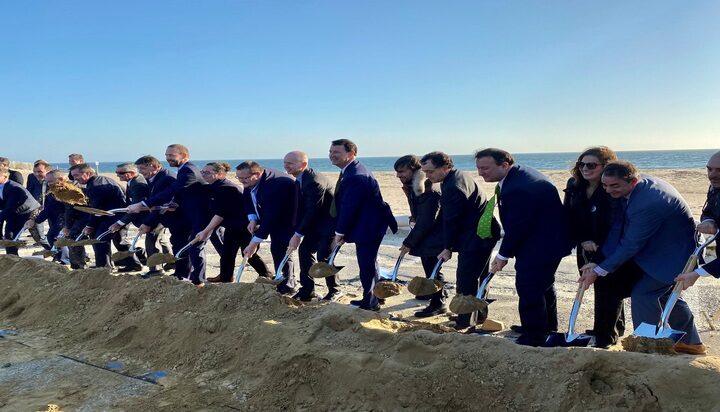 The work on a massive offshore wind has started 15 miles off the coast of Martha’s Vineyard in the US state of Massachusetts.

The 800MW project is forecast to generate electricity for more than 400,000 homes and businesses and create 3,600 jobs.

It is also predicted to reduce carbon dioxide emissions by more than 1.6 million tonnes every year.

That is equivalent to taking 325,000 cars off the road annually.

The ‘Vineyard Wind 1’ project is a joint venture between Avangrid Renewables, a subsidiary of the energy company AVANGRID and the investment firm Copenhagen Infrastructure Partners.

AVANGRID Chief Executive Officer Dennis V. Arriola said: “This is a historic moment as we begin constructing the first major offshore wind project in the nation. The clean energy future is no longer a dream, it is now a reality.”

Earlier this year, US President Joe Biden committed to cutting the nation’s carbon dioxide emissions by up to 52% by 2030.