The 38,000-square metre factory is expected to start production in 2023 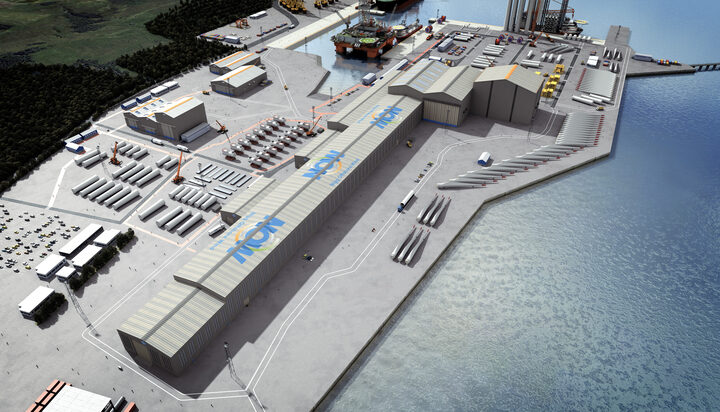 Port of Nigg in Scotland will soon accommodate what is described as the UK’s largest offshore wind tower manufacturing facility.

The giant, 450-metre-long, 38,000-square metre factory, will be capable of rolling steel plate to supply towers that will weigh in excess of 1,000 tonnes each.

The Nigg factory, which is expected to start production in 2023, is predicted to support more than 400 direct jobs in manufacturing.

First Minister Nicola Sturgeon said: “We are delighted to financially support this cutting edge offshore wind towers facility as it reaches this significant milestone that will deliver high value, green jobs and bring multiple benefits to communities across the Highlands and beyond while playing a pivotal role in delivering offshore renewables growth in Scotland and further afield.”

Tim Cornelius, Chief Executive Officer of GEG, commented: “The announcement today of a state-of-the-art tower rolling factory at the Port of Nigg can and will be a leading example of the ‘green recovery’ in action.”

Alistair Phillips-Davies, Chief Executive Officer of SSE, said: “Today’s announcement shows that SSE is willing to put its money where its mouth is to support development of the Scottish manufacturing capability for the offshore wind sector.”

RenewableUK’s Deputy Chief Executive Melanie Onn said: “This massive investment by Global Energy Group and its partners in a major new factory in Scotland is a great example of the economic and industrial opportunities which offshore wind is creating across the UK.”