Drivers were overcharged for petrol by £156m last month 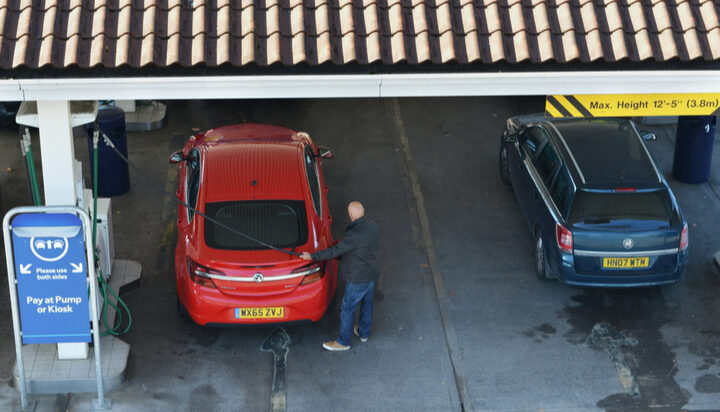 Drivers paid £156 million more for petrol than they should have in December.

That’s according to the RAC, which has claimed that petrol retailers consistently overcharged motorists for fuel last month with ignorance for wholesale price savings.

The report claims that a drop in wholesale prices should have seen petrol prices drop from around 147p per litre to 135p per litre but retailers only dropped the price by 2p to line their pockets.

Similarly, it states that diesel prices should have dropped from 150p to 142p but prices were kept at 148p.

It predicts that drivers were made to pay £5 million a day more in December than they should have, with retailers securing a profit margin of 16p each month rather than the usual 6p.

RAC spokesperson Simon Williams commented: “December was a rotten month for drivers as they were taken advantage of by retailers who rewrote their pump price strategy, costing motorists millions of pounds as a result.

“Their resistance to cutting prices and to only pass on a fraction of the savings they were making from lower wholesale costs is nothing short of scandalous. The 10p extra retailers have added to their long-term margin of 6p a litre has led to petrol car drivers paying £5m more a day than they previously would have.”

He claims the retailers have taken advantage of “the media talk about higher energy prices and banked on the oil price rising again and catching up with their artificially inflated prices, which it has now done.”

The Petrol Retailers Association has refuted the claims of the RAC’s report, stating: “With pump prices falling towards the end of the month, car drivers travelling over the holiday period are likely to have benefited more than these figures suggest.

“While the retail fuel market remains extremely competitive, supermarkets did not use artificially low fuel prices to lure shoppers into their stores at Christmas. The costs of running petrol stations rose all year, with electricity up 19%, vastly reduced margins from fuel cards, increased national insurance and wage inflation.

“When volumes fall and operating costs are rising, it makes sense for fuel retailers to raise margins if they are to remain in business to serve their customers.”