The proposal has been passed by vote at Stormont 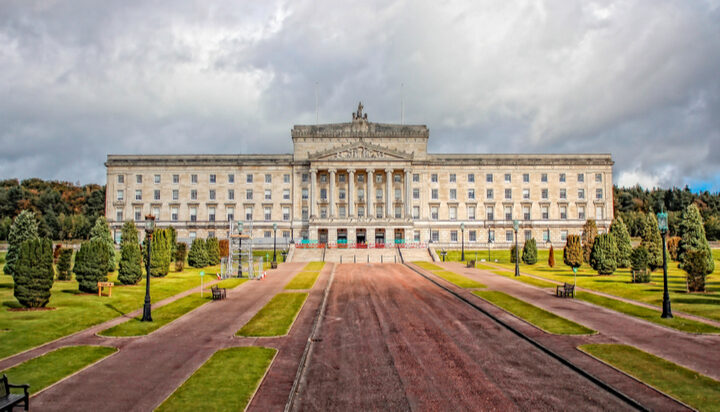 New proposals for Northern Ireland to achieve net zero emissions by 2050 have been accepted at Stormont – the Parliament Buildings in Belfast.

Discussions on a bill to combat climate change led to the new target, which was passed by a vote of 50 to 38.

Edwin Poots, Agriculture Minister, had originally pushed for a target of reducing emissions by 82% by 2050 but the more ambitious net zero target was voted through.

Gordon Lyons, Economy Minister, said: “We already generate nearly half of our electricity from renewable sources such as wind, solar and hydro. The path to net zero energy sets out how we will increase that to 70% by 2030, significantly reducing our reliance on fossil fuels.

“We will support the development and delivery of a range of renewable technologies, including use of geothermal and biomethane sources.”

Clare Bailey, Green Party NI Leader, said: “Northern Ireland will no longer be the only region in these islands without a net zero emissions target. Following this clear expression of the will of the Assembly, I hope that we will now see this net zero climate legislation come into force in the coming months.”