Just 10% of interwar homes have an EPC above Band C, new research finds 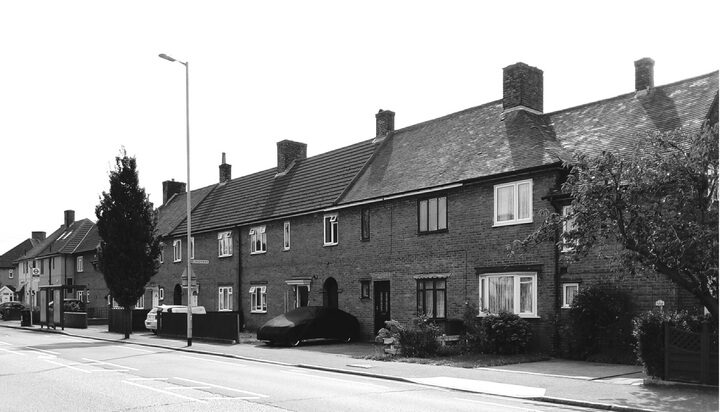 The Royal Institute of British Architects (RIBA) has called for a mass retrofit of 3.3 million homes, built between 1919 and 1939 to tackle fuel poverty and reduce carbon dioxide emissions.

The RIBA’s research suggests nearly 17% of households in interwar suburbs, including Kingstanding in north Birmingham and Becontree in east London were fuel poor last year.

That is higher than the overall national rate of 13%, the authors of the report suggest.

They note that just one-in-ten of these interwar homes have an Energy Performance Certificate (EPC) above Band C.

The study predicts that if current Band D-rated homes were retrofitted to achieve Band C performance, homes would save around £483 a year under the new price cap.

England would reduce its total carbon dioxide emissions by 4% by retrofitting these homes, the RIBA said.

It is estimated that energy use in homes accounts for nearly 16% of the UK’s greenhouse gas emissions, producing a total of 77 million tonnes of carbon dioxide every year in England alone.

Nearly 12% of these emissions are produced by England’s interwar suburbs, the research concludes.

A government spokesperson told ELN: “Improving the energy efficiency of our homes and buildings is vital to keeping household energy costs down and reducing carbon emissions.

“This is why we are investing almost £6.6 billion to install energy efficiency measures to homes across the country as well as other support like the £450 million Boiler Upgrade Scheme to help households switch to more efficient heating systems.”