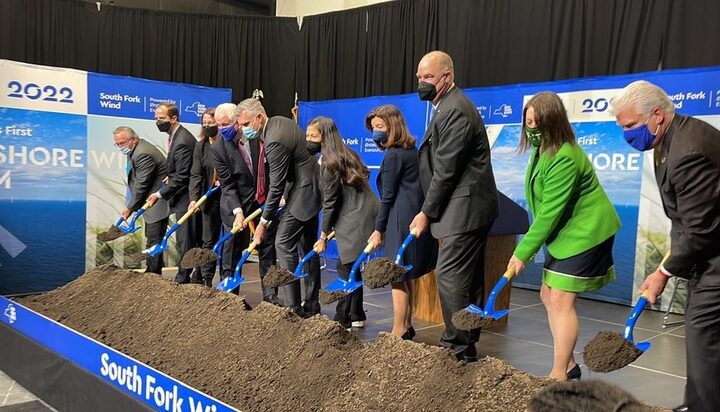 New York has started the construction of its first offshore wind project.

South Fork Wind is expected to become one of the first commercial-scale offshore wind projects to start operation in North America.

Selected under a 2015 Long Island Power Authority request for proposals to address growing power needs on the east end of Long Island, the project will have 12 Siemens Gamesa 11MW turbines that will generate approximately 130MW of power – enough to power over 70,000 homes.

The project is predicted to save up to six million tonnes of carbon dioxide emissions over 25 years.

The wind farm is jointly developed by Ørsted and Eversource off the coast of Long Island.

Governor of New York Kathy Hochul said: “The harsh impacts and costly realities of climate change are all too familiar on Long Island, but today as we break ground on New York’s first offshore wind project we are delivering on the promise of a cleaner, greener path forward that will benefit generations to come.”

Ørsted Offshore North America Chief Executive Officer David Hardy said: “With the start of construction on New York’s first offshore wind farm, we continue to deliver on our vision of a new US energy industry that will generate clean power, jobs, and economic opportunity.”

US President Joe Biden set a goal of deploying 30GW of offshore wind energy by 2030.