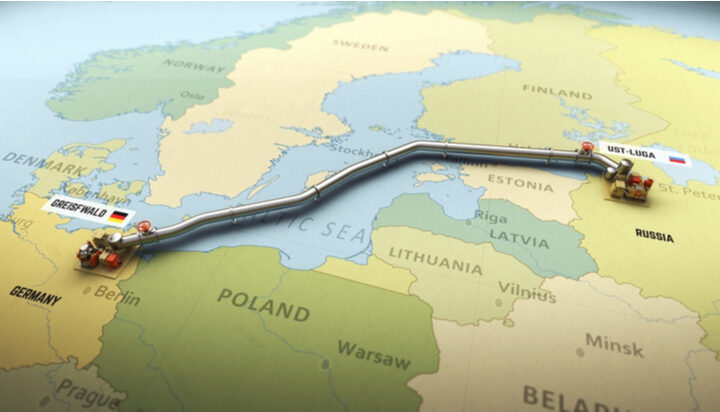 The hostilities between Russia and Ukraine and Germany’s decision to halt the Nord Stream 2 pipeline could increase the pain of skyrocketing energy bills, say analysts.

Jess Ralston, from the Energy and Climate Intelligence Unit said with gas prices already surging and Germany pausing the 1,200-kilometre pipeline that will take gas from Russia and ferry it to northern Germany, the gas crisis now looks “almost certain” to last for years, not months.

Ms Ralson said: “Given the global nature of gas markets, the UK’s dependence on gas for heating and power will leave UK bill payers on the hook for Putin’s incursion into Ukraine.

“The government will increasingly feel the pressure to shield households in the long-term by insulating more homes, speeding the switch over to electric heat pumps and getting on with delivering the net zero policies that will wean us off volatile gas and protect us from future crises.”

Ofgem had previously shared similar concerns over further increases in prices in the event of a Russian invasion.

Three weeks ago, the regulator unveiled the new price cap that will bring an increase of £693 on energy bills from 1st April.

“We have Brent Oil trading at six-year highs right now and there’s every chance we could see prices above $100 (£73.6) soon depending on Russia’s response to economic sanctions.

“We have also seen clients sell the Russian Rouble, which trades close to its two-year low against the US dollar in reaction.”

Yesterday, the US and UK Governments imposed additional sanctions on Russia.

In an interview yesterday, Boris Johnson said the UK is not dependent on Russian gas.

The Prime Minister said: “Don’t forget that in the UK, we have been able to reduce our dependency on Russian gas very substantially. Only 3% of our gas supplies now come from Russia.

“What we want to do is make sure that we give the necessary licences, for instance, for UK reserves of gas – as we make the transition to a low carbon future.”