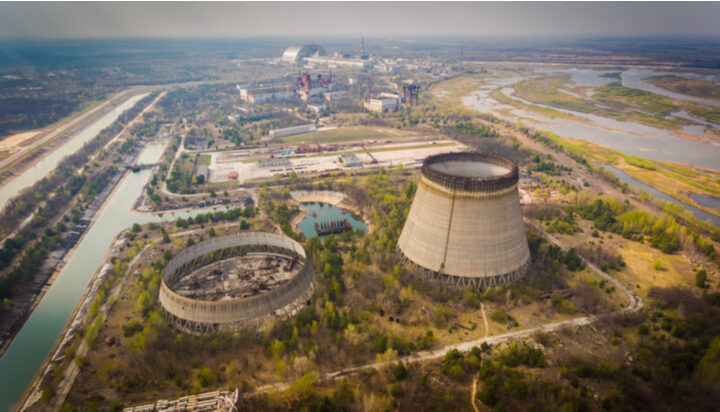 The site brings back memories of the world’s worst nuclear disaster which took place on 26th April 1986 and sent a radioactive cloud over parts of Europe.

Ukraine informed the International Atomic Energy Agency (IAEA) that ”unidentified armed forces” have taken control of all facilities of the State Specialized Enterprise Chornobyl NPP, located within the Exclusion Zone.

The Ukrainian Foreign Ministry said the Russian attack may cause another ecological disaster.

It added: “If Russia continues the war, Chernobyl can happen again in 2022.”

IAEA Director General Rafael Grossi said it is of vital importance that the safe and secure operations of the nuclear facilities in that zone should not be affected or disrupted in any way.

Mr Grossi added that in 2009 the IAEA General Conference adopted a decision saying “any armed attack on and threat against nuclear facilities devoted to peaceful purposes constitutes a violation of the principles of the United Nations Charter, international law and the Statute of the Agency.”

“Our defenders are giving their lives so that the tragedy of 1986 will not be repeated. This is a declaration of war against the whole of Europe.”

Russian occupation forces are trying to seize the #Chornobyl_NPP. Our defenders are giving their lives so that the tragedy of 1986 will not be repeated. Reported this to @SwedishPM. This is a declaration of war against the whole of Europe.