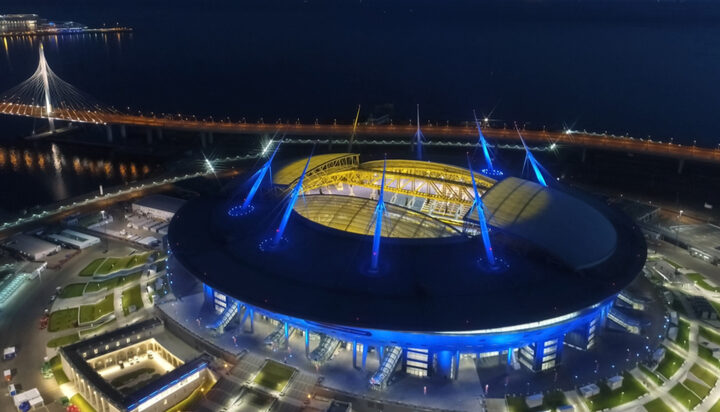 As the situation worsens between Russia and Ukraine, the sporting world is being pushed to take action.

Vladimir Putin ordered an invasion of Ukraine and more than 130 people were reportedly killed from a Russian attack on the country today.

Gazprom is heavily financed by the Russian government and is not only a big name in the energy industry but also in football.

The gas giant is the major sponsor of the largest cup competition in the world, the Champions’ League, which has led to heavy pressure being applied on UEFA to cut ties.

Gazprom has been the recognised sponsor of the rebranded European Cup since 2012, with a reported €40 million (£33m) spent annually by the energy company on sponsoring the competition.

On a smaller scale, German club FC Schalke 04 has already released a statement that they would be removing the Russian company from its shirts.

ℹ️ Following recent developments, FC Schalke 04 have decided to remove the logo of main sponsor GAZPROM from the club's shirts. It will be replaced by lettering reading ‘Schalke 04’ instead.#S04 pic.twitter.com/9kpJLRzTQ7

UEFA is set to discuss this in a meeting today, as well as looking for a new venue to host the final, which is currently set to take place in St Petersburg in May this year.

Following the evolution of the situation between Russia and Ukraine, the UEFA president has called an extraordinary meeting of the Executive Committee for 10:00 CET on Friday 25 February, in order to evaluate the situation and take all necessary decisions.

Yuriy Vitrenko, CEO of Ukraine’s national gas company, Naftogaz, is calling for more penalties to be imposed on Gazprom from all sides of industry, not just commercially. He said: “It’s clear that Gazprom is abusing its dominance in the European market.

Andriy Shevchenko, arguably Ukraine’s most famous footballer took to social media, imploring the world to take action, whilst current Serie A player Ruslan Malinovskyi had a poignant and simple statement on his shirt after scoring for Atalanta in the Europa League last night – ‘No war in Ukraine’.