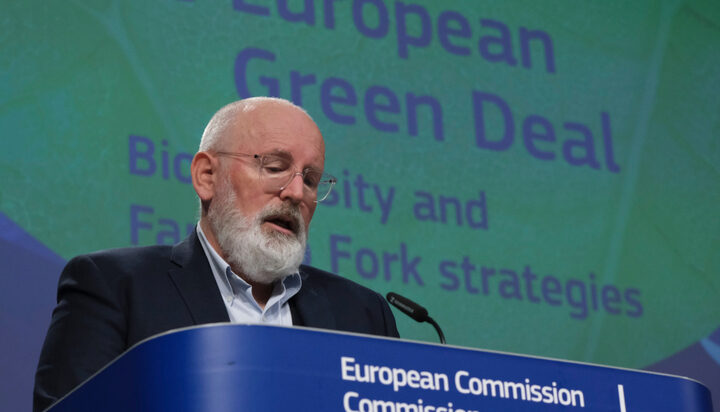 The European Commission has announced aims to cut its dependence on Russian gas by two-thirds in 2022.

Frans Timmermans, Executive Vice President and leader of the European Green Deal said cutting down its reliance on Russia was “not easy but it’s feasible”.

According to the International Energy Agency (IEA), the EU relied on Russian imports for 40% of its gas consumption last year.

The decision has now been made to cut this down significantly, following heavy criticism of Russian exploits in Ukraine.

Mr Timmermans said: “Given the fact that the energy markets will be tight for the foreseeable future, creating your own energy resources is strategically the smartest and the most urgent choice.”

He explained to the European Parliament in Strasbourg that to achieve the aim of importing two-thirds less Russian gas by the end of this year, countries would have to accelerate their moves towards renewable energy and carbon-neutrality.

“The Green Deal is also an answer to the security challenge in the energy field,” he said.

The situation is being viewed as a chance to simultaneously hurt Vladimir Putin and move away from fossil fuels at a quicker pace.

Mr Timmermans remarked: “The barbarism that Putin is now showing in Ukraine needs to be met with resolve and also with measures that hurt him, even if they might hurt us as well.”