At least 148 oil and gas tankers have left Russia since the war began, Greenpeace says 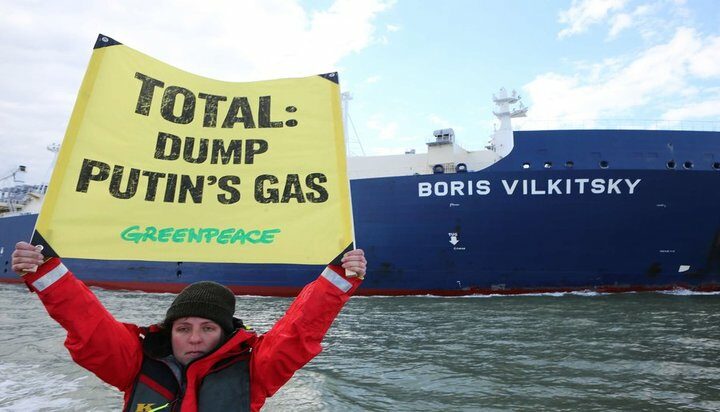 A large tanker carrying Russian crude is about to arrive at the port of Fawley later today despite the ban, Greenpeace has said.

The UK Government had previously banned ships with any Russian connection from entering UK ports due to the country’s invasion of Ukraine.

The environmental group, which has launched a new tracking service, has identified at least 148 supertankers carrying oil and gas from Russia since the start of Putin’s invasion of Ukraine on 24th February.

It said 69 of these vessels were headed to Europe.

Rosie Rogers, Head of Energy at Greenpeace UK, said: “The huge number of tankers criss-crossing our seas loaded with Russian oil and gas is a tangible sign of our dependence on fossil fuels and proof that it is the biggest contribution to Putin’s war chest.

“Europe is set to send up to €285 million (£239m) per day for Russian oil, which props up his war effort while our bills continue to soar. Europe must stand by the people of Ukraine by pulling every stop to finance Putin’s war machine and get off gas and oil.”

“It is mandatory for all ports and harbours to follow this legislation and the Government will support all ports in exercising their responsibilities.

“We will continue to isolate Putin through every means as he carries out these illegal and inhumane action.”