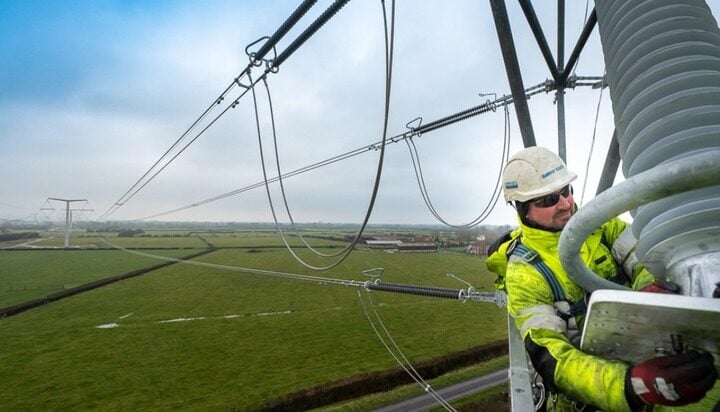 Wires to carry low carbon energy onto the UK electricity network have now been installed on new T-pylons.

The T pylon, the first new design for a pylon in Britain in nearly 100 years, has a single-pole and cross-shaped arms.

It is around a third shorter than the traditional high-voltage pylon design with a smaller ground footprint.

A total of 48 of the T-pylons have been built between Bridgwater and Loxton in Somerset – engineers have put the conductors that will carry the low carbon energy onto the electricity network.

Almost 116 new T-pylons are planned to be erected in Somerset along a 57-kilometre route, connecting six million homes and businesses to low carbon energy.

James Goode, Project Director for National Grid Electricity Transmission said: “National Grid is at the heart of the transition to net zero and the conductors we are installing today will carry low carbon electricity onto the network for millions of people across the UK to use for years to come.”

“The Hinkley Connection Project will be ready to connect six million homes and businesses in the South West and beyond with low carbon electricity generated by Hinkley Point C and other sources of low carbon energy in 2024 with the project complete, including reinstatement of the land, by the end of 2025.”