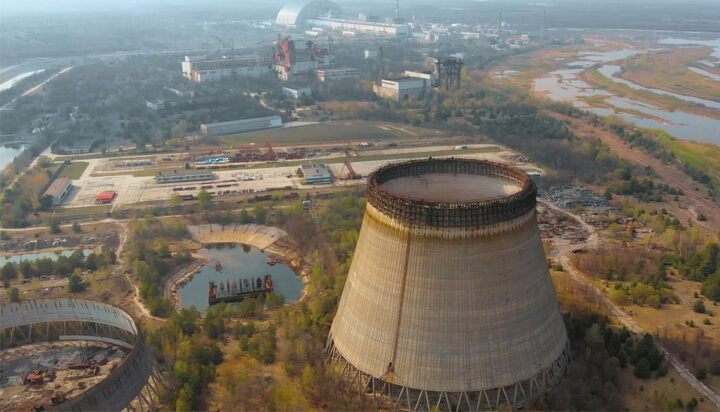 The remaining technical staff at Ukraine’s Chernobyl nuclear power plant have left the site for the first time since Russian forces took control of it last month.

The confirmation from the International Atomic Energy Agency (IAEA) comes after it was announced nearly half of the nuclear plant workers were allowed to leave on Sunday morning after working onsite for nearly four weeks – or around 600 hours – without being able to change shifts.

The IAEA said the “long-delayed” rotation of staff was completed yesterday, with the exception of 13 workers who declined to rotate.

Most Ukrainian guards also remained at the site, it added.

However, damaged roads and bridges made it difficult to transport the staff members to the nearby city of Slavutych.

The new work shift comes from Slavutych and includes two supervisors, instead of the usual one, to ensure backup is available on the site.

The IAEA said an agreement was reached on how to organise future staff rotations at the nuclear power plant, where various radioactive waste management facilities are located.

The Agency is still not receiving remote data transmission from its monitoring systems installed at the Chernobyl nuclear plant, however, such data is being transferred to IAEA headquarters from other nuclear plants in Ukraine.