East London plunged into darkness after fire in substation

London Fire Brigade has said around 38,000 customers might be affected by power outages 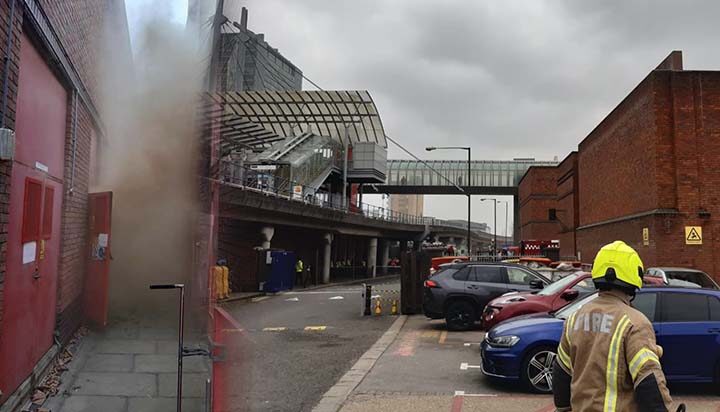 The outage was reportedly caused by a fire at an electrical substation.

The incident impacted public transport bringing trams and trains to a standstill.

According to UK Power Networks, there had been a fault a network fault.

London Fire Brigade (LFB) said: “Four fire engines and around 25 firefighters have been called to a fire on Castor Lane in Poplar.

“The closures of the DLR, Blackwall Tunnel, Rotherhithe Tunnel and roads in the area could cause disruption to travel likely to go into rush hour.”

Station Commander Colin Digby, who is at the scene, said: “The fire is causing power outages which could affect around 38,000 customers.

“The whole of the Docklands Light Railway line is suspended. Blackwall Tunnel, Rotherhithe Tunnel and Limehouse Link Tunnel are also closed whilst crews work to make the scene safe.”

A UK Power Networks spokesperson told ELN: “Engineers are currently on site working to restore electricity supplies in the E1 and E14 area of East London after a fire developed at a substation this afternoon.

“Once our engineers are granted safe access by the fire brigade we will be able to establish how long it will take to reconnect supplies.

“We will continue to keep customers updated through our website and apologise for the inconvenience caused.”