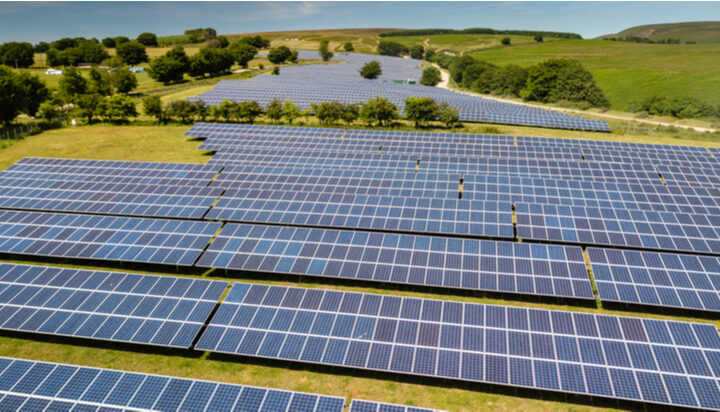 Trade association Solar Energy UK has called on the government to increase the solar capacity and commit to a target of 40GW by 2030 and 54GW by 2035.

A new energy security strategy is expected to be outlined by the government in the coming days.

The industry body said the electricity market and networks need urgent reform to drive down energy bills for consumers and businesses.

With the new price cap coming into force on Friday 1st April, analysts have warned that prepayment customers could face bills of £428 per month by January 2023.

A recent report by eBay UK suggested that online searches for solar panels have increased by 45% compared to the same period last year.

Solar Energy UK’s Chief Executive Chris Hewett said: “Solar is now the cheapest way to generate electricity in the UK. It is also the fastest to build out, making it a vital way to reduce our country’s dependence on gas.

“To unlock the full potential, we need to see the UK Government setting an ambitious target and speeding up investment in the modernisation of our power networks.”

In recent weeks, it has been reported that the government might relax existing planning rules to increase the share of onshore wind in the energy mix.

Mr Hewett added: “Supportive planning guidance and a formal recognition that land within a solar farm is frequently used for agriculture or to enhance biodiversity, would also enable solar to play an important role in rural economies.”

“Solar energy plays an important role in this – with nearly 14GW of solar power already in the UK system – and we are committed to driving sustained growth in solar energy across the next decade and beyond.​”