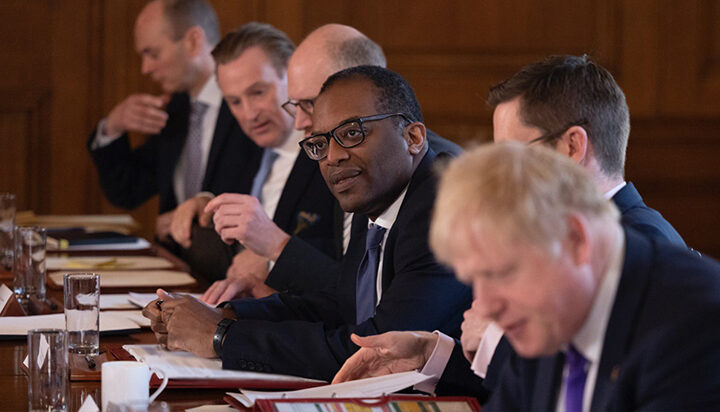 The Energy Security Strategy announced by government just under a fortnight ago “provides a clear, long-term plan to accelerate [the UK’s] transition away from expensive fossil fuel prices set by global markets [it] cannot control.”

That’s according to Business Secretary Kwasi Kwarteng, who delivered a speech explaining his views on the new strategy and how he believes it can help shift the British energy market.

Rising energy prices have made fears of fuel poverty a sad reality for many households in the UK.

Mr Kwarteng responded to these worries, stating that a £200 energy bill discount will be in place this October, the Warm Home Discount will offer three million low-income households with a £150 rebate in the winter and that the price cap is “still protecting millions of consumers” from even higher gas prices.

He explained that “cheap renewables” are the answer to these high prices and that the new strategy sets out how 95% of the UK’s electricity will be produced by low carbon means by the end of the decade.

“It will increase the pace of deployment to deliver 50GW by 2030 instead of the 40 committed to in the manifesto – and of that 50GW, up to 5GW will be floating offshore wind,” he remarked.

The government’s position on nuclear was irrefutable, with the Business Secretary simply stating, “we will be reversing decades of under-investment and we will be building back British nuclear”.

By 2050, the strategy reveals the aim of delivering 24GW of nuclear power, to make up 25% of the country’s estimated energy demand.

Hydrogen was the final part of the strategy that Mr Kwarteng spoke on: “The capacity we aim to reach by 2030 is 10GW, with at least half of this total coming from green hydrogen.”

Much of the discontent around the announcement of the strategy lent on the fact that oil and gas was still a clear part of the UK’s future energy mix and the environmental cost that this could incur.

Responding to these qualms, he stated “those calling for an immediate end to domestic oil and gas ignore the fact that this would simply make the UK more reliant on foreign imports – it would not, in fact, lead to greater decarbonisation globally.”

“This is a long-term plan to ensure greater energy independence and to attract hundreds of billions of private investment to back the new industries that can create hundreds of thousands of high-quality jobs and stimulate business across the UK.

“This isn’t only a matter of reaching net zero – vital as that is. It’s an issue of national security,” he concluded.