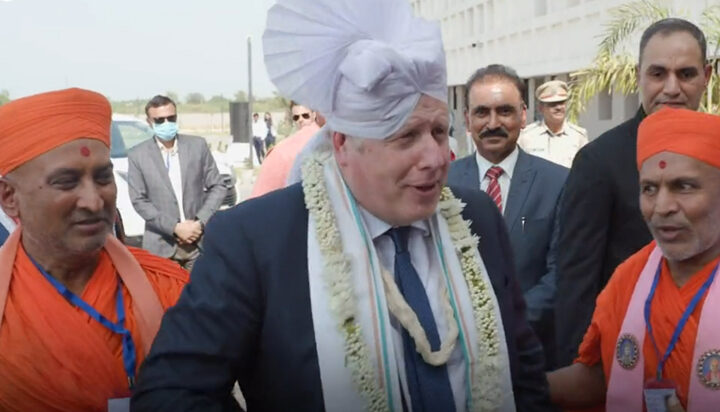 Several reports had previously reported that the government is considering ditching the green levy to help people struggling to pay their bills.

The green levy which adds £153 to average energy bills is used to subsidise renewable energy schemes.

Boris Johnson told the reporters during his visit to India: “I want to do everything we can to alleviate the cost of living but actually if you look at what – this is very important what I’m saying – there’s a lot of prejudice against the green agenda.

“Overall, if you look at what we have done with renewables it has helped to reduce bills over the last few years and will continue to do so.”

While the Prime Minister refused to rule out the possibility of taking more steps to ease the rising cost of living, he defended existing measures, including the Energy Rebate scheme.

Earlier this week, bosses of energy giants predicted that a “significantly larger” number of people will move into fuel poverty.