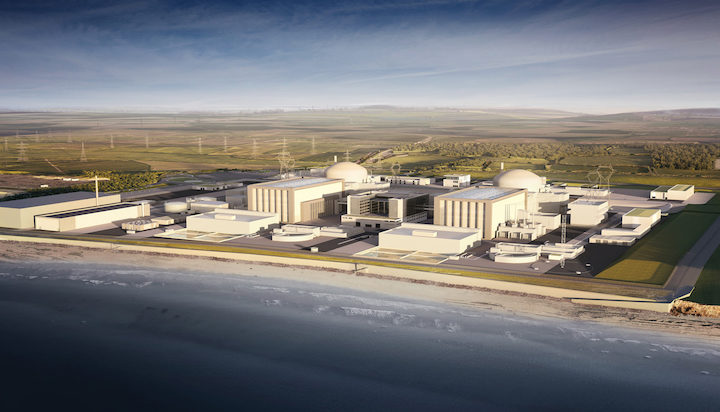 French utility EDF has warned the costs of the Hinkley Point C nuclear power plant currently under construction in England could soar by an extra £3 billion.

It also warned of further delays, with the nuclear plant in Somerset expected to start operating a year later than planned – now in June 2027 – and costs have been estimated to range between £25 billion and £26 billion.

There would be no cost impact on UK consumers or taxpayers under the terms of the Contract for Difference (CfD), EDF said.

The company added a reduction in workers allowed on site due to the safety measures during the pandemic had resulted in the loss of more than half a million days of critical work in 2020 and 2021.

EDF said during more than two years of the COVID-19 pandemic, the project continued without stopping, however, it has faced supply chain issues.

It added in a statement: “People, resources and supply chain have been severely constrained and their efficiency has been restricted. In addition, the quantities of materials and engineering as well as the cost of such activities, including, in particular marine works have risen.”

There are six nuclear power plants in the UK, which provide around 16% of the country’s electricity.